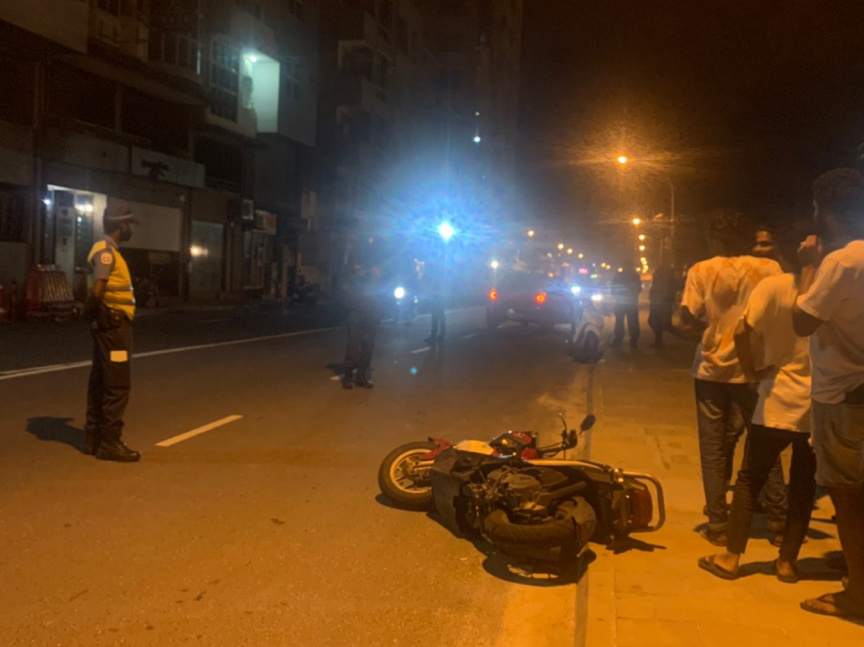 A dangerous accident that occurred in Male’ city last night has left one person with serious injuries.

The accident which occurred around 1:25 last night involved a motorcycle and a car. The road was partially closed for construction work near Oxygen restaurant and PPM head office by a crane when the accident occurred.

The driver of the motorcycle, who suffered serious injuries was unconscious according to eyewitnesses who put him into a car to be taken to the hospital. They also stated that the man was bleeding from the neck and head.

The car was traveling from the Bridgeview point towards the artificial beach while the motorcycle was traveling in the opposite direction. Witnesses stated that the accident occurred when the motorcycle tried to squeeze past the narrow space left between the car and the side of the road.

The car was driving to circumvent the crane that was carrying out the construction work, which meant that there wasn’t much space left on the road for the motorcycle to drive by.

There was some blood on the scene. The motorcycle had scrape marks from the collision while the car had scratches and a shattered right-side mirror.