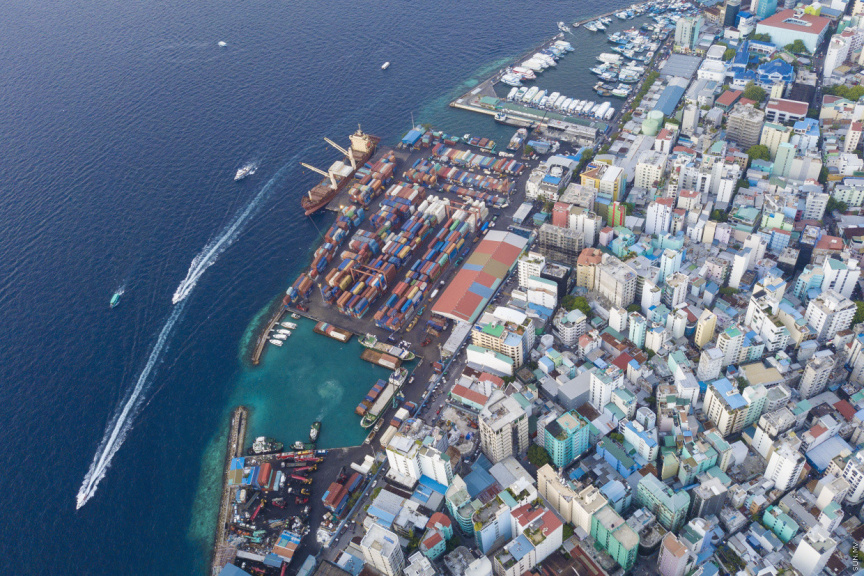 An aerial shot of the ports area in Male' city, the capital of Maldives. (Sun Photo/Fayaz Moosa)

Work has begun on a petition to be sent to the Parliament to impose rent control in the capital Male’ city.

The petition is being steamed ahead by the Male’ Tenants Union, which stated that an event to sign the petition will be held today from 16:00 to 18:00 in the Carnival area of Male’ city.

The union also called on people to take part to discuss and share ideas on the issue which has been a persistent one among the population of the country which is heavily based in or near the capital.

The union was formed on October 15, to address this issue and give it the challenges and difficulties faced by tenants in Male’ city a formal voice.

The union has met the Housing Minister Aiminath Athifa to discuss the idea of a “Tenancy Act”. The union stated after the meeting, that the Minister did not intend to impose rent control despite the rising rates of rent in the city, which one of the most densely populated areas in the world.

2-hour vehicle ban in Male’ on Saturday, Sunday for Eid