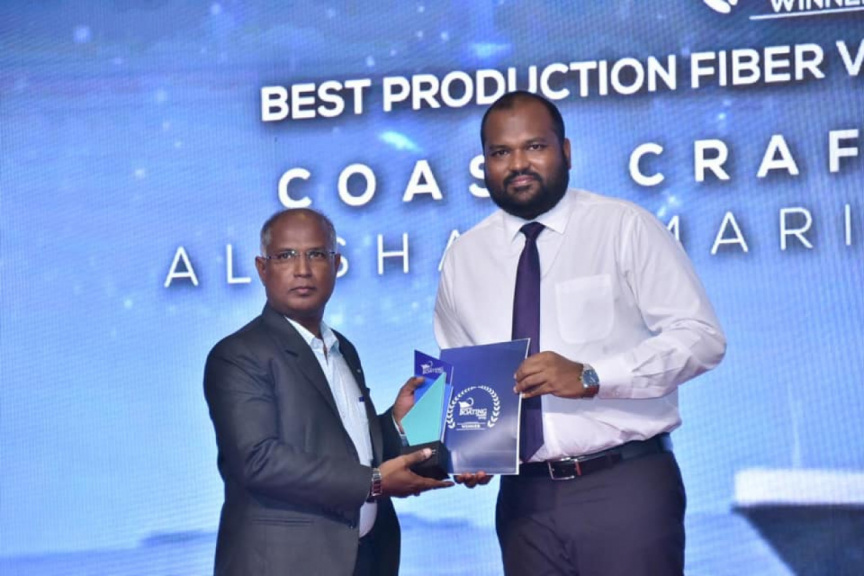 The awards are given by the National Boating Association of Maldives and were handed out to winners in a special ceremony held in Dharubaaruge last night.

Al Shaali Marine Maldives is one of the biggest boat building companies in the country.

The company was created by UAE’s Al Shaali Marine and Coastline Investment. 26 awards were handed out in the boating awards held last night. This is the sixth time the awards have been held.

Exhibition for products of creative women held at VIA

Aquaparadise to new heights, with sale of fish to China