Officers on bridge without helmets to rescue a jumper 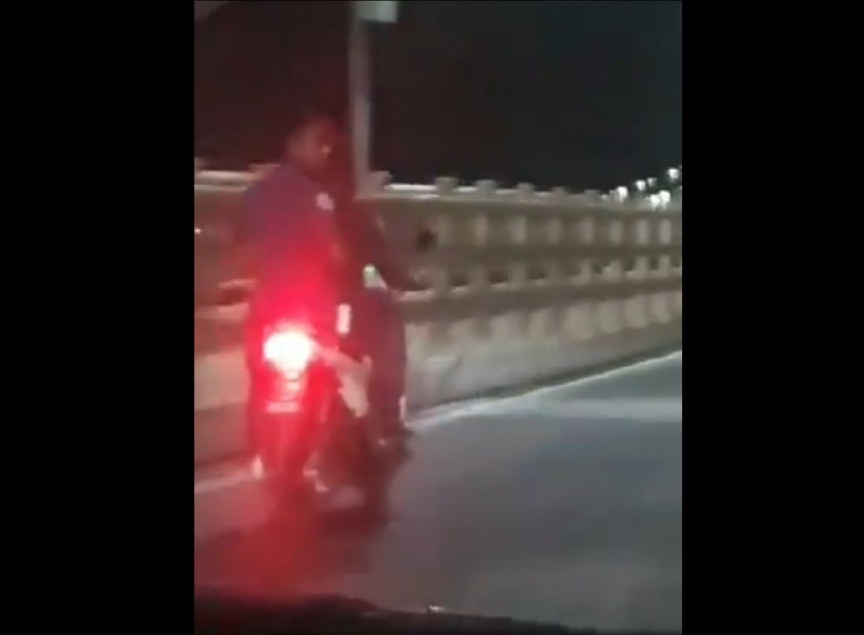 Two police officers were seen driving on the Sinamale' bridge without helmets which is a violation of the law on December 19, 2019. The case was later explained by Police who stated that the officers were responding in an emergency to a report of a man attempting to jump off the bridge.

A video on social media that shows two police officers on the Sinamale bridge driving without helmets on last Thursday have been explained as part of the efforts to rescue a man who was trying to jump off the bridge.

Criticism has been directed at police after the video went viral on Twitter by members of the public citing lack of equality.

However, the incident has been explained by the Police who stated that the officers were on the bridge with the permission of their superiors due to received reports of a person who was trying to jump off the bridge.

The situation at the time necessitated a quick response by officers, according to Police.

The man who was trying to jump off the bridge was stopped by the officers who later took him to the hospital.

An amendment to the law brought last year, now requires motorcycle drivers to wear helmets while traveling on the bridge. However, violations of the law regarding helmets where some people drive without helmets are often reported.