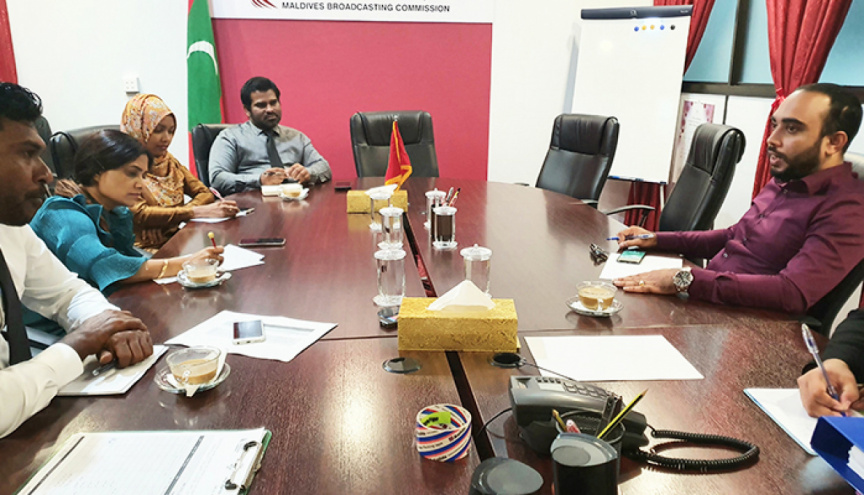 Maldives Broadcasting Commission members meeting with senior officials of some broadcasters in the country on December 23, 2019. (Photo/Broadcom)

Maldives Broadcasting Commission has begun meeting with broadcasters over perceived challenges faced in the industry and to discuss the future of the industry.

Concerns over large fees over channel riding and broadcasting without heeding to any ethics or responsibility were also shared by the stations.

Commission President Mariyam Waheeda guaranteed that the issues would be addressed after more information regarding the matters were obtained. She also vowed to increase the relationship between the Commission and broadcaster, before speaking about enhancing the industry.

Other than these meetings, the Broadcom will also meet with rebroadcasters from across the country.

Council budget details to be submitted by mid-January