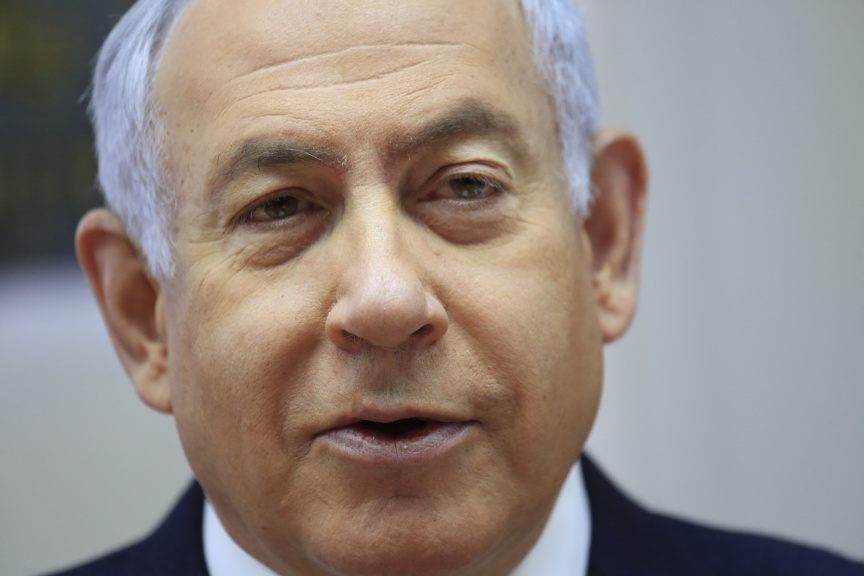 THE HAGUE, Netherlands (AP) — The prosecutor of the International Criminal Court took a major step Friday toward opening an investigation into alleged war crimes in the occupied Palestinian territories, asking judges to outline the geographic scope of a future investigation.

The announcement ended years of preliminary investigations into alleged crimes by both Israeli forces and Palestinians and signaled that Prosecutor Fatou Bensouda is preparing to open a formal probe.

But in asking a panel of judges to determine the territorial jurisdiction of the investigation, she acknowledged the land dispute at the heart of the decades-old conflict, which has never been resolved and could further delay the launch of any criminal probe.

The move drew swift condemnation from Israel, with Prime Minister Benjamin Netanyahu calling it “a dark day for truth and justice.”

The Palestinians welcomed the decision, with Saeb Erekat, a senior official, calling it a “positive and encouraging step” toward “putting an end to the impunity of the perpetrators and contributing to the achievement of justice.”

“This represents a message of hope to our people, the victims of those crimes, that justice is indeed possible,” he added.

Israel is not a member of the court and does not recognize its jurisdiction, but Israeli officials could be subject to international arrest warrants if indicted. The state of Palestine requested the investigation as a member of the ICC.

“I am satisfied that there is a reasonable basis to proceed with an investigation into the situation in Palestine,” Bensouda said in a statement.

She said there was a “reasonable basis” to believe Israeli forces, Hamas and other Palestinian militant groups committed war crimes during the 2014 Gaza war. She also said Israeli authorities may have committed war crimes related to the “transfer of Israeli civilians into the West Bank,” a reference to Jewish settlements in the occupied territory.

Bensouda said she has now asked judges to outline the territorial jurisdiction of a full investigation.

“Specifically, I have sought confirmation that the ‘territory’ over which the Court may exercise its jurisdiction, and which I may subject to investigation, comprises the West Bank, including East Jerusalem, and Gaza,” she said.

Netanyahu said Bensouda’s decision “has turned the International Criminal Court into a political tool to delegitimize the State of Israel. The prosecutor has completely ignored the legal arguments we presented to her.”

At the Palestinians’ request, Bensouda opened a preliminary investigation in 2015 into alleged violations of international law following the Gaza war.

With the peace process at a standstill for more than a decade, the Palestinians have in recent years sought to hold Israel accountable for alleged violations of international law, including the construction and expansion of Jewish settlements in the West Bank and east Jerusalem.

Israel seized those territories along with the Gaza Strip in the 1967 Mideast war and later annexed east Jerusalem in a move not recognized by most of the international community. The Palestinians want all three to be part of their future state. Hamas, an Islamic militant group, seized control of Gaza from forces loyal to the Western-backed Palestinian Authority in 2007.

In a legal opinion released Friday, Israel’s Attorney General Avichai Mandelblit said the Palestinians do not meet the criteria of statehood because they do not have sovereignty over defined borders. Citing past peace agreements, Israel said the two sides had agreed to resolve their territorial dispute in negotiations.

“By approaching the ICC, the Palestinians are seeking to breach the framework agreed to by the parties and to push the Court to determine political issues that should be resolved by negotiations, and not by criminal proceedings,” the legal opinion said.

The Palestinians insisted they are a fully fledged member of the court and that the court has jurisdiction.

Human Rights Watch, which has documented alleged violations by all sides in the conflict, said the court should have moved more quickly to a full investigation.

“Bensouda’s decision to seek guidance from the court’s judges nearly five years into her preliminary inquiry means that perpetrators of serious crimes will not face justice at the ICC anytime soon,” Kenneth Roth, the group’s executive director, said in a statement.

“Palestinian and Israeli victims have faced a wall of impunity for serious violations committed against them for long enough. The prosecutor should have proceeded directly with a formal probe as was within her power to do.”

The territorial dispute at the heart of the Israeli-Palestinian conflict goes back nearly a century and has bedeviled peace negotiators for decades. Bensouda herself acknowledged that the question of territorial jurisdiction could be difficult to resolve.

“It is no understatement to say that determination of the Court’s jurisdiction may, in this respect, touch on complex legal and factual issues,” the court filing said.

“The question of Palestine’s Statehood under international law does not appear to have been definitively resolved.”