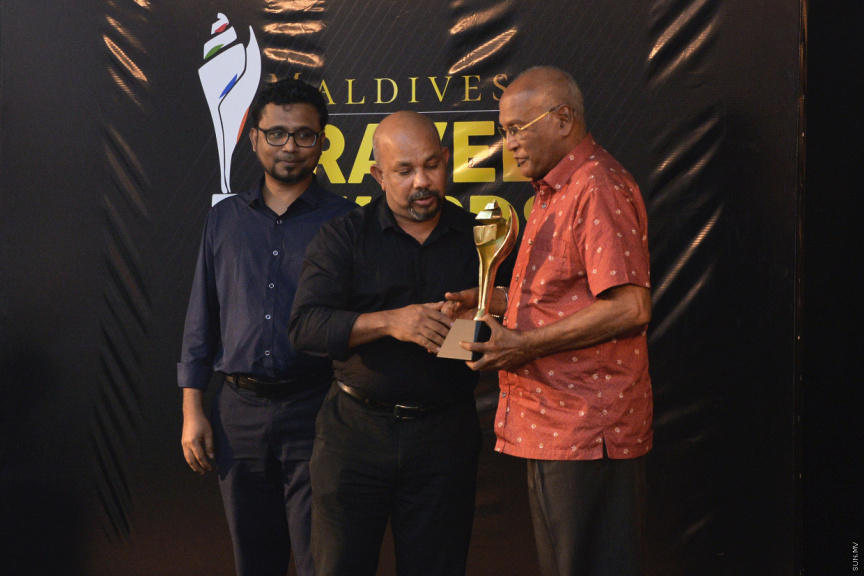 An experienced figure in the industry, Naseem received the award at the MATATO Maldives Travel Award 2019, held in Crossroads Maldives last night.

Naseem stated at the ceremony, his hope that the country’s industry would always have the participation of Maldivians.

He dedicated his achievement to his parents who he noted helped him to rise to the top of the industry.

Naseem is one of the pioneering figures behind the establishment and foundation of the massive industry that is seen in the Maldives today. Naseem brought the first such tourist and travel agent to the Maldives, an Italian national named George Corbin on a cargo boat named Maldives Exporter in 1971.

Accommodation for the first tourists that arrived in the country in 1972 was also arranged by Naseem as well as Umar Manik and Champa Hussain Afeef.

Naseem and Umar Manik established the first travel agency of the country named as Moomin Agency and the two along with Afeef were also the figures behind the Kurumba Village in Vihamanafushi, which was the first resort to be opened in the country.