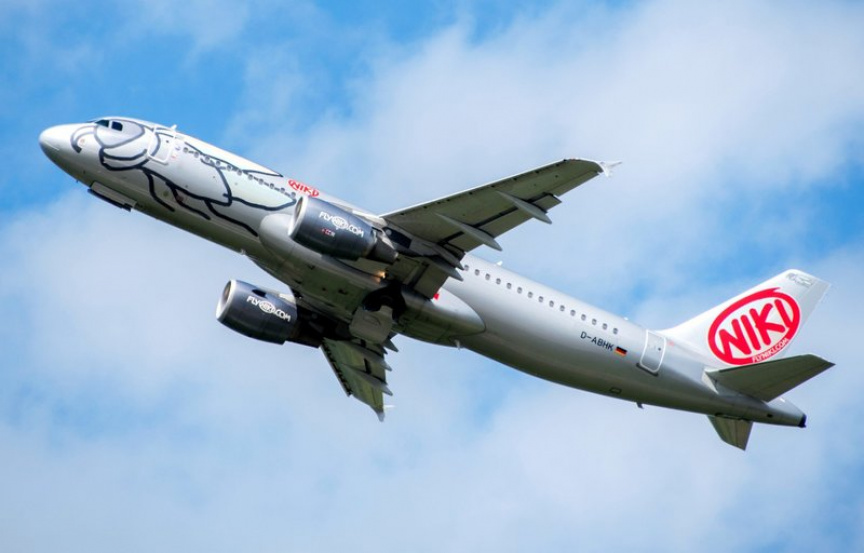 FILE - In this Aug. 3, 2017 file photo an aircraft type Airbus A320-214 of the airline Niki starts at the airport of Dusseldorf, Germany. Spill some piping hot coffee while flying high up in the and the EU's highest court says that the airline could well be liable. The court on Thursday, Dec. 19, 2091 gave its advice on an Austrian case where a girl seeks compensation after her father's coffee spilled over on to her during a flight. The insolvent Austrian airline Niki claimed that any such accident needs to be linked to the flying of the aircraft itself. (Haute-Christian Dittrich/dpa via AP, file)

BRUSSELS (AP) — The European Union’s highest court ruled Thursday that an airline can be held liable if a passenger is burned by hot coffee even if turbulence or other flight-related factor didn’t cause the spill.

The European Court of Justice said such injuries don’t have to be linked to issues typically associated with air travel to provide grounds for a passenger to seek damages.

The advisory ruling came in an Austrian case seeking financial compensation for a girl who had her father’s coffee spilled on her during a flight.

The insolvent Austrian airline Niki claimed that such mishaps needed to be linked to the flying of a plane for airlines to be held responsible.

The EU court said in a statement that “it is not necessary for that accident to relate to a hazard typically associated with flight.”

The outcome of the girl’s claim will be decided by an Austrian court.