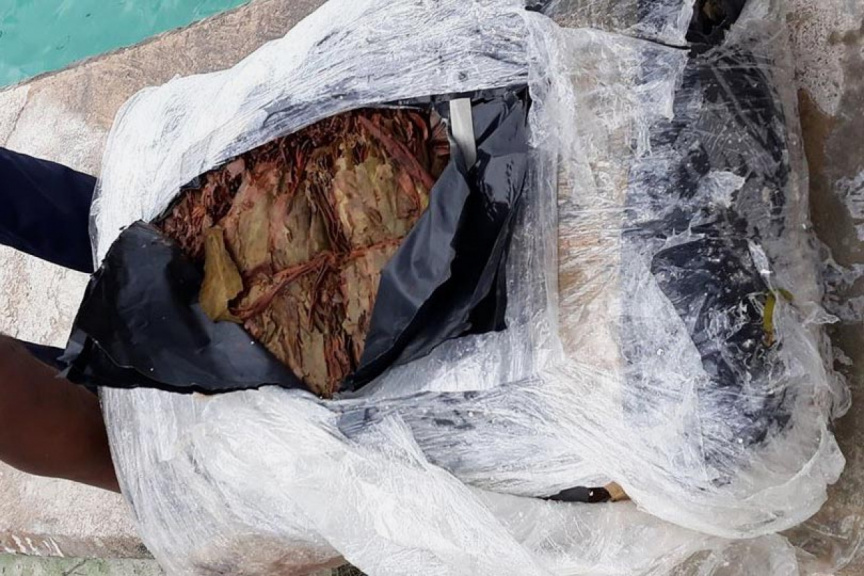 Photo shows the unidentified package of leaves discovered in the waters of B. Eydhafushi harbor on December 17, 2019. (Photo/Social Media)

An unidentified package discovered in the waters of B. Eydhafushi harbor has been taken under observation by Police to be identified.

The package containing leaves was discovered around 10:14 in the morning and was found wrapped in plastic . Police stated that the matter was being looked into.

Council member Naushaadh Ahmed said that the neatly packed and waterproofed package was discovered on the Northside of the island’s harbor. Naushaadh also said that he was not aware of what kind of leaves that were in the package.