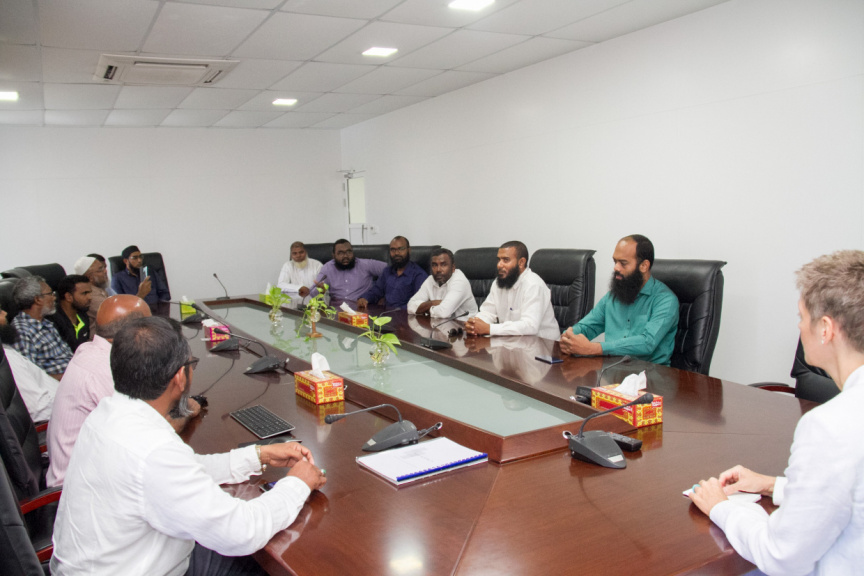 The United Kingdom’s Ambassador to the Maldives Ms. Caron Röhsler meeting with the Imams of Addu city, Maldives on December 9, 2019. (Photo/Addu city)

The United Kingdom’s Ambassador to the Maldives Ms. Caron Röhsler has met with the Imams of Addu city, Maldives today.

The meeting was focused on perceiving the work of Imams in the city, understand their role in the community and find out the difficulties and challenges faced by them. Ms. Röhsler posed questions to better understand the role of Imams in bringing the youth of the country to the right path and as to why they stray away.

Ms. Röhsler also highlighted the importance of Imams in outlining the fact that some of the adverse actions carried out in the name of Islam were misleading in reality and not the true way of Islam. She also expressed a desire to understand and work with different ideologies.

The ambassador then visited a mosque in the city after the meeting. Ms. Röhsler arrived in Addu city last Thursday and took part in the “Addu Marathon” held in the city last week. She also met with the council of Addu city yesterday.

Maldives steps up safety with deployment of lifeguards