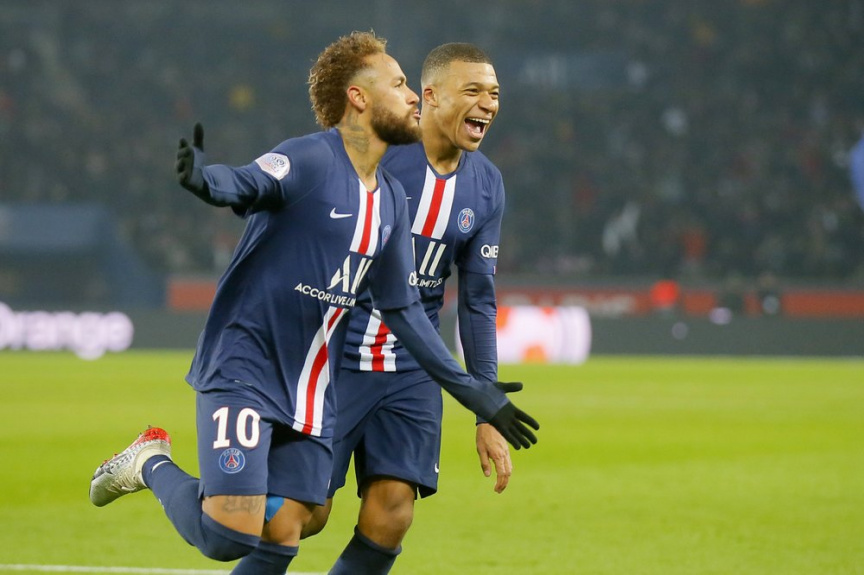 PSG's Neymar, left, celebrates with PSG's Kylian Mbappe after scoring his side's opening goal during the French League One soccer match between PSG and Nantes at the Parc des Princes stadium in Paris, Wednesday, Dec. 4, 2019. The goal was disallowed on a VAR (video assistant referee) decision. (AP Photo/Michel Euler)

Paris Saint-Germain goalkeeper Keylor Navas was hit by a projectile thrown from a stand with Montpellier fans during a French league game on Saturday.

Navas was hit on the side of his head in the 86th minute by what appeared to be a plastic bottle. He was quickly attended to and was able to carry on playing. The goalkeeper appeared uninjured. A stadium announcement asked Montpellier fans to behave and the game resumed.

PSG recovered from an early deficit at the Stade de La Mosson to secure a 3-1 away win and extend its lead to eight points at the top of the standings.