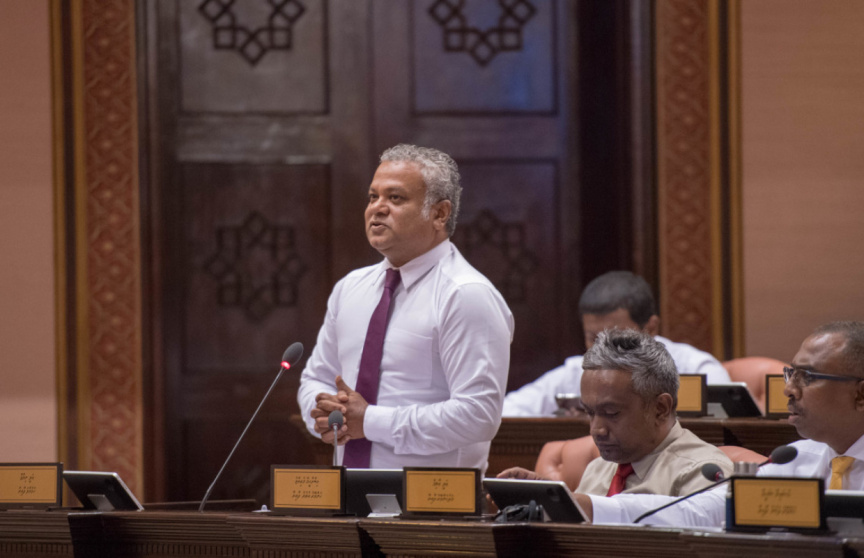 The amendment to the Decentralization Act of the Maldives that would allow parliament to remove councilors, council presidents and mayors were brought in good faith, according to Hulhumale’ MP Ali Niyaz.

“There is a lot of differences of opinion. Some people think we are harboring powers to the parliament, obstructing the responsibilities of councilors ton run a dictatorship. But we do not want to be associated with that name. Our intention with this bill was sincere.” said Niyaz, who stated that the bill was to pave a way to make councilors responsible and accountable.

“We will support to withdraw the amendment; we have no problem with that,” said MP Niyaz.

However, he also noted that people should be aware of several things when speaking about impeaching elected figures through a vote. Niyaz then questioned whether an impeachment process would not be held every week if that was the case.

“The next option is to whether we leave that process to the courts. We have seen what happens when we leave things to courts. Moreover, this is an executive function, and we couldn’t find how this process of an executive function would end in courts through the constitution.” said Niyaz, who pointed out that the amendment was because the Parliament had the highest number of representatives by the people.

Niyaz also said that this was not done to prevent a political party from gaining a majority.

The amendment allows the impeachment of a councilor, mayor or council president to be forwarded to the Parliament after gaining the support of two-thirds of the LGA board members.