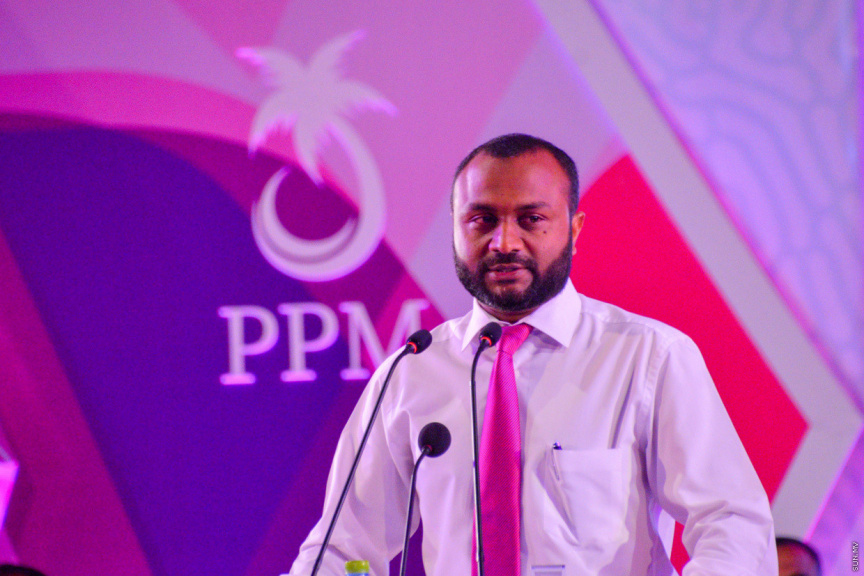 Former Minister for Islamic Affairs Dr. Mohamed Shaheem Ali Saeed is to be charged for providing false statements to the Presidential Commission on Deaths and Disappearances (DDCOM) and obstructing the investigation into the murder of Dr. Afrasheem in 2012.

DDCOM said that it had requested the Prosecutor General’s Office to charge Dr. Shaheem today.

Dr. Shaheem tweeted shortly that he had no connections with the murder of Dr. Afrasheem and that the charges were to obstruct his work and destroy his political future.

DDCOM noted in its report that Dr. Shaheem had begged ignorance of the party which sent the message when questioned by the commission.

Dr. Afrasheem had been assaulted at different locations, including mosques, ahead of his murder on October 1, 2012, at the stairwell of his residence just as he returned home after appearing on the TV show. DDCOM’s findings show a jihadist group run by Mohamed Mazeed Dhafthar 471 and Samith Mohamed from Athireege, Th. Omadhoo to be responsible for Dr. Afrasheem’s murder, and Azlif Rauf from H. Hilton to have led the group of people who actively participated in the murder.

DDCOM’s findings also showed Dr. Shaheem traveled out of Maldives on the morning of October 2, 2012.

Nine Maldivian citizens traveled on a morning flight from Male’ to Qatar on October 2, 2012, all of whom were radicalized by a jihadist group run by Mazeed and Saamith and had taken part in activities run by the group in the Maldives. They had headed to Syria and Sudan.

The DDCOM also requested the PG Office to bring charges against Saamith and Mazeed yesterday.