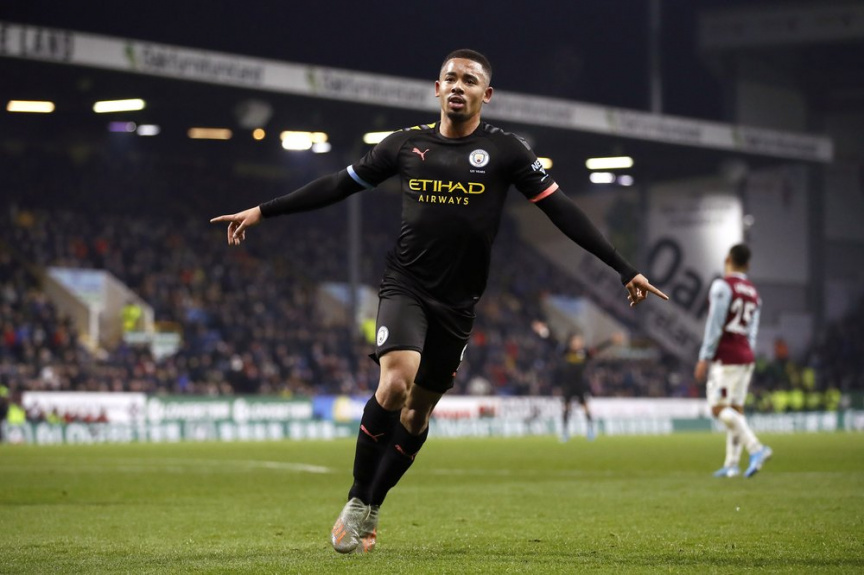 After falling 11 points behind leader Liverpool with a draw at Newcastle on Saturday, City responded with convincing victory at Turf Moor.

Jesus curled in the opener in the 24th minute and doubled the lead just after halftime. Rodri added the third with a thundering volley into the roof of the net from 20 yards out in the 68th before substitute Riyad Mahrez netted his 50th Premier League goal in the 87th. Burnley’s Robbie Brady grabbed a late consolation goal for the host.

City had won just one of their last five games in all competitions but moved ahead of Leicester ahead of its game against Watford on Wednesday.