Mazeed and Saamith to be charged for 3 big murders 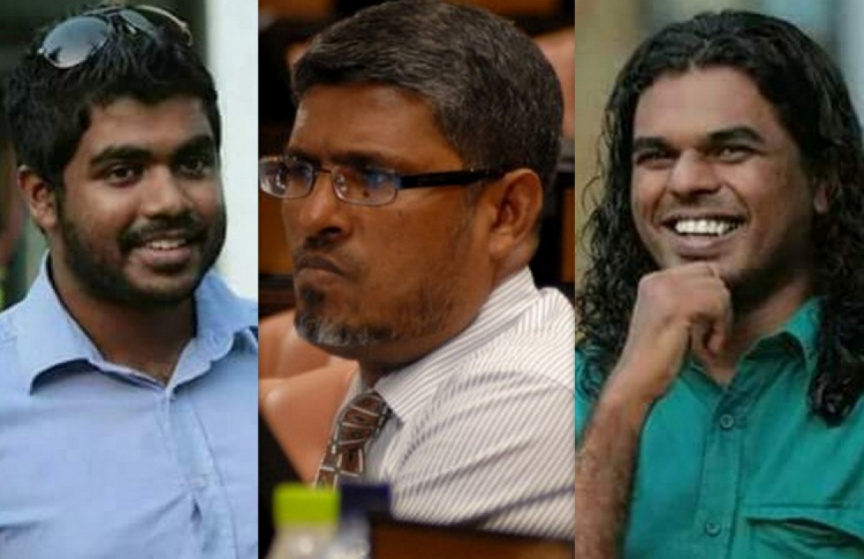 Yaamin Rasheed, Dr. Afrasheem Ali and Ahmed Rilwan Abdulla (L-R). The presidential Commission on Deaths and Disappearances decided to bring charges against Saamith and Mazeedh in the murders of the three.

The Presidential Commission on Deaths and Enforced Disappearances (DDCOM) has decided to request for charges to be brought against two people involved in the three separate murders of Dr. Afrasheem, Rilwan Abdulla and Yameen Rasheed.

The DDCOM decided to bring charges against the two senior members of the alleged Al Qaeda branch said to be operating in the Maldives and the process is now underway, according to a tweet sent out by the DDCOM.

The reports into the murders concluded that three people were murdered due to religious differences. Journalist Ahmed Rilwan was decapitated and his body was thrown into the sea by members of the group who abducted him in 2014. Dr. Afrasheem’s murder was carried out as a contract kill awarded to criminal gangs in Male’ city by the same group.

After Rilwan’s report was published, authorities searched the home of Mazeed in Gaakoshi flats. It is not known if the residence of Saamith was searched.

19 govt. companies to be liquidated