VP: One cannot expect to live a life of contentment after wronging another 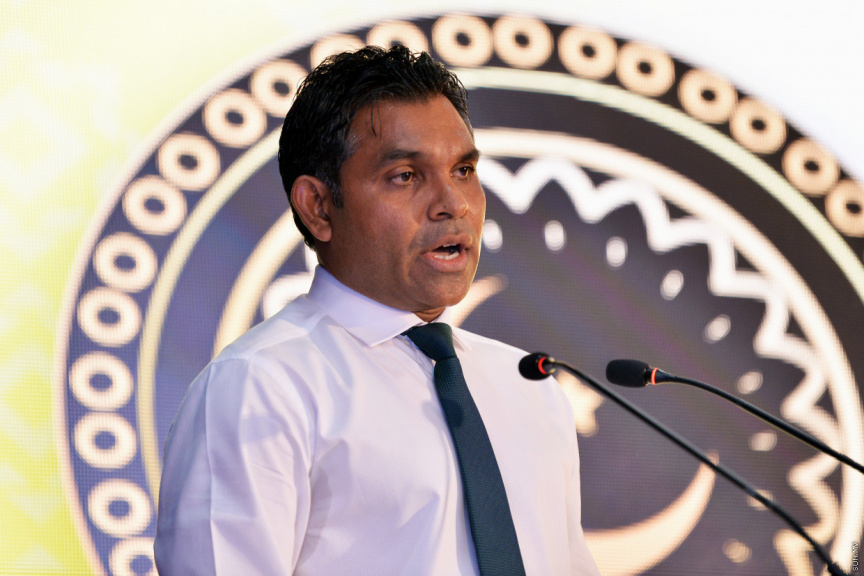 Vice President Faisal Naseem delivers his address at the official reception to mark the anniversary of the Day the Maldives Embraced Islam on November 29, 2019. (Sun Photo/Ahmed Awshan Ilyas)

Vice President Faisal Naseem warns that no one should expect to live life of contentment after wronging another.

He made the comment during his address at the official reception to mark the anniversary of the Day the Maldives Embraced Islam on Friday night.

He said that the consequences of one’s wrongdoing will eventually catch up with the person, whether in this life or the next.

“And accept that no person shall retain his position forever and refrain from wrongdoing. We shouldn’t, not even for one second, believe that we shall be able to live happy and content after doing wrong to, or betraying another,” said Faisal.

He urged everyone to persevere in comporting their actions in accordance with principles set forth by the religion of Islam.

He also urged everyone to abide by the law and to protect the rights and interests of the entire community.

Faisal said the best policy to deal with both those who mock the religion of Islam, and those who commit wrongdoings in the name of Islam, was to rehabilitate and re-teach them the true values and principles of Islam and restore the light of true faith in their hearts.

He said that the core reason for both issues was lack of knowledge on the true values and principles of Islam.

Ex-President to be transferred to Maafushi Prison