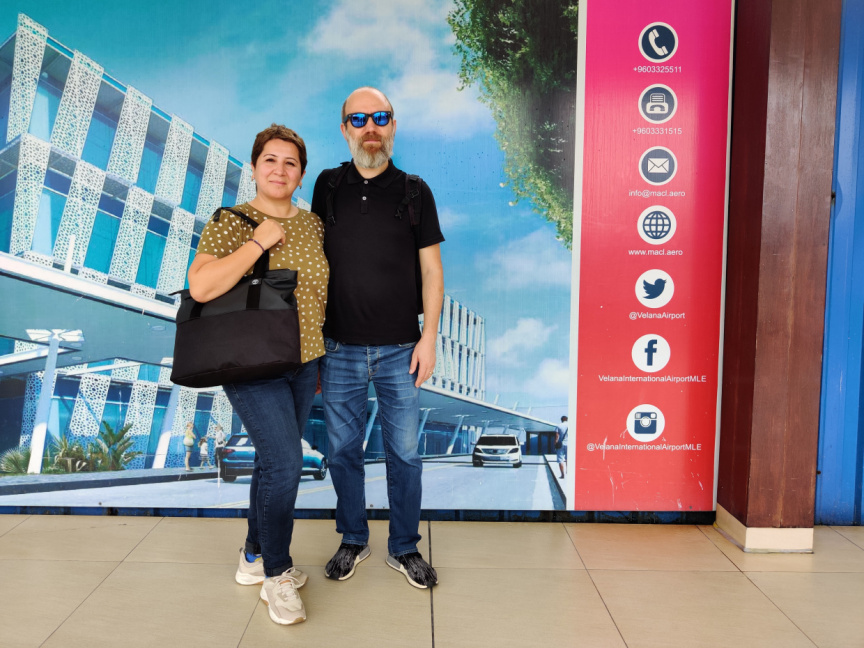 Two top Turkish influencers are in Maldives at the invitation of Maldives Marketing and Public Relations Corporation (MMPRC) as the 19th group to arrive in Maldives as part of its series of familiarization trips to boost the country’s exposure as a tourist destination.

The two Turkish influencers; Mehmet Kırali and Çiler Geçici have years of experience in photography especially focused on destinations.

Mehmet Kırali and Çiler Geçici have a joint count of over a million followers on social media. They, during their stay, will experience and capture the culture and unique features that make up the Maldives, and share their experiences over social media.

MMPRC expects the coverage to boost Maldives’ exposure as a tourist destination amongst the Turkish population, and position it as a destination which can offer new experiences for the Turkish market.

Maldives recorded 117,619 tourist arrivals in September, out of which 907 were arrivals from Turkey.

While Turkey remains a small market, MMPRC reports it has increased promotional activities in Turkey and other such small markets, in addition to its rigorous campaigns in key traditional markets – which it has attributed to its success in achieving its 1.5 million tourist arrival target for the year.

MMPRC has announced plans to host Turkish journalist for another familiarization trip in December.