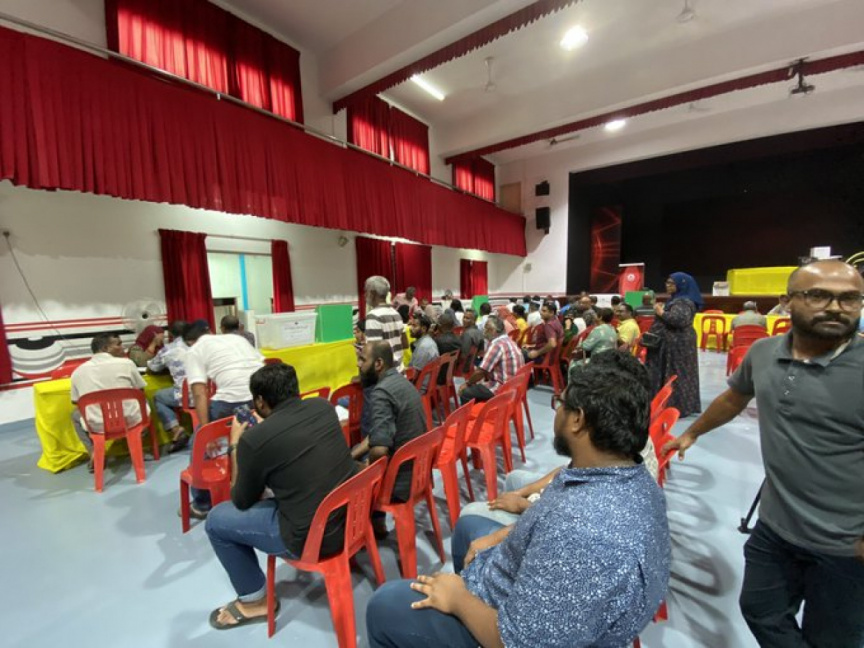 In this photo taken on November 22, 2019, MDP members can be seen queuing up to cast their votes to select the next leaders of the party in the party elections. (Photo/MDP)

The governing MDP has commenced elections to select the party’s next leaders.

Members can vote on every island where an MDP base is located starting from 14:30 today. The election is to select the Party leader and deputy leader.

Voting will be closed by 18:00 today and the results announced later tonight. Around 87,439 people are eligible to take part in the party election of MDP, which is the largest political party in the country.