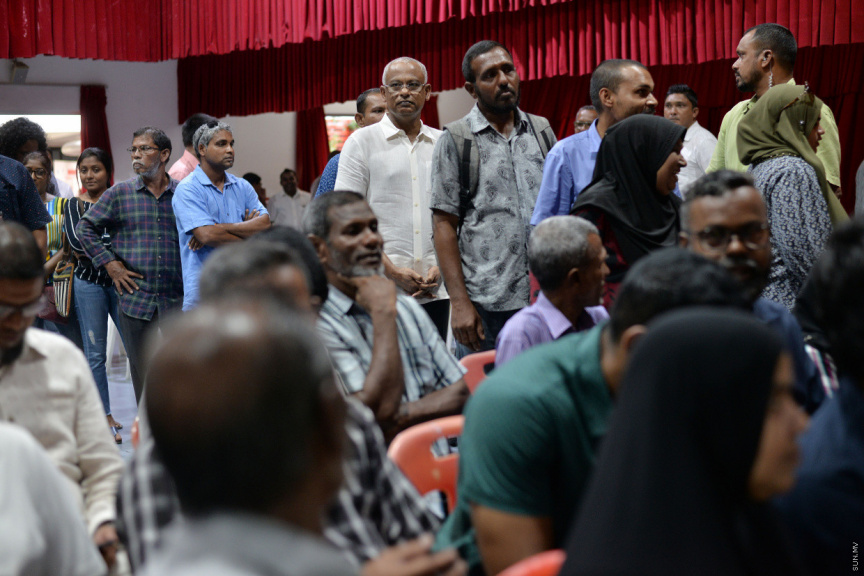 Interim results of the Maldivian Democratic Party (MDP) elections held last Friday show the voter turnout had been low at only 27 percent.

87,439 people had been eligible to vote in the international elections of ruling MDP. The interim results of the 172 ballot boxes released by the party shows only 23,613 had voted in the elections – which amounts to a 27 percent voter turnout.

Interim results show both its leader, former President Mohamed Nasheed and deputy leader Mohamed Shifaz to have to have been re-elected for a second term.

The most number of votes had been cast to elect the party’s deputy leader with total 23,613 votes. Shifaz had won his re-election bid with 13,233 votes.

MDP had held a yes or no vote to elect its leader – which Nasheed had run for uncontended. He won 23,369 votes in favor of his re-election, while 63 voted against his re-election.

Interim results show the voter turnout rate to be significantly low compared to its 2014 elections, which had seen Nasheed elected with 33,709 votes, and Shifaz elected with 21,052 votes. 57,204 people had been eligible to vote in the 2014 elections.