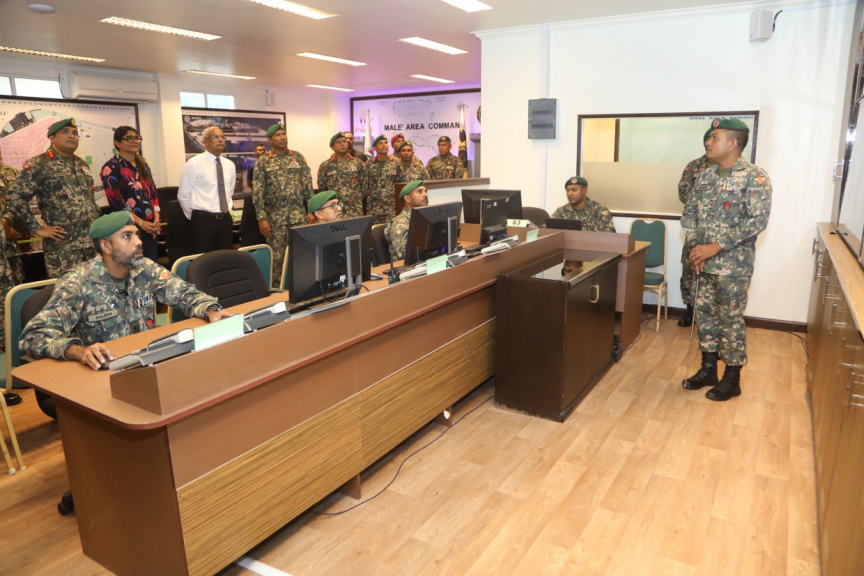 The center was opened in a special ceremony held in the morning. President Ibrahim Mohamed Solih was joined at the ceremony by Defense Minister Mariya Ahmed Didi, Chief of Defense Force Major General Abdulla Shamaal as well as other MNDF officers.

More details about the center’s functions were divulged by Major General Shamaal at the ceremony. President Solih also received an introduction and tour of the center by Male’ area commander Colonel Abdul Raoof.

MNDF: Focus on ensuring virus does not spread to Male'