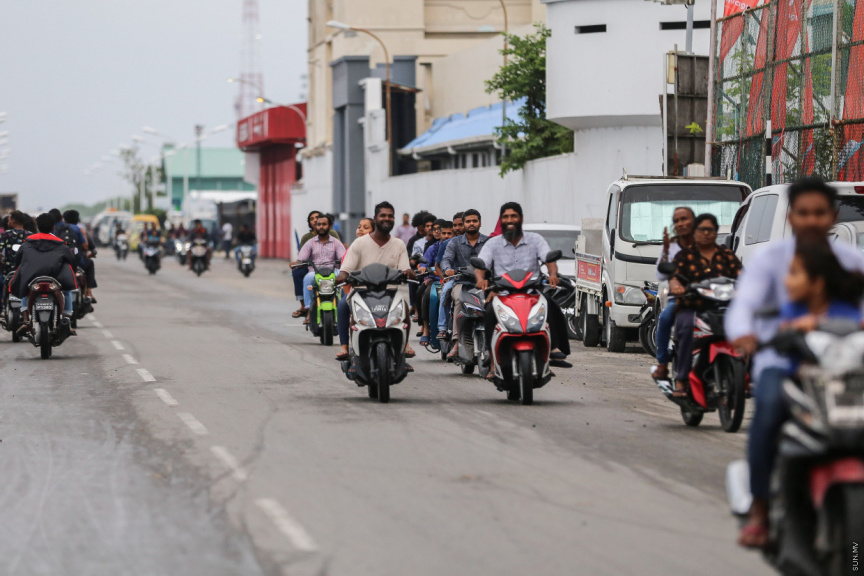 Drivers on a road in the capital Male' city: MVR 79 million was included in the state budget for 2020 for the road development of Male city. (Sun Photo/Fayaz Moosa)

The state budget for 2020 will allocate MVR 79 million for the development of roads in the capital Male’ city.

The roads of the capital Male’ city which are in dire conditions is being developed in a manner that would bring a halt to the constant digging required for several purposes and would be brought to order from the work that the city council is carrying out currently, according to Planning and Infrastructure Minister Mohamed Aslam.

“The city council is planning to develop the roads of Male’ city with stormwater drainage systems. These projects will include resurfacing some roads, and bringing changes to the parking systems as well.” said the Minister.

The Minister stated that the digging required now and then in Male city was a difficult issue and would be reduced by bringing changes to the underground network. More pumps will also be installed planning for rearrangements to the roads was underway.

The state budget for 2020 totals at MVR 37.5 billion and will include MVR 1.5 billion for road development projects, which amounts to 15 percent of the PSIP budget.

Income from dividends reach above projections