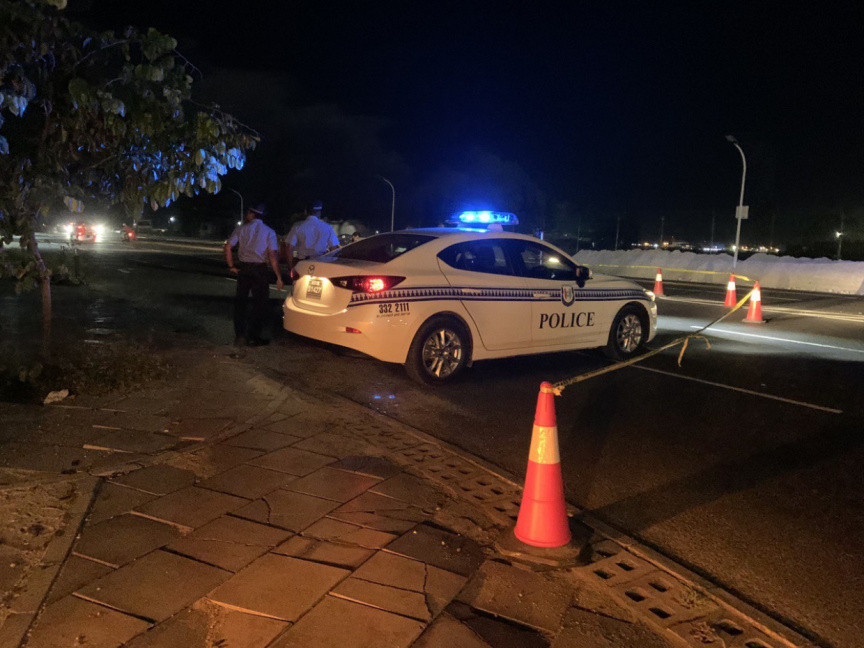 Police officers at the scene of the fatal road accident in Hulhumale' on November 12, 2019. (Sun Photo)

The bus driver involved in the road accident which resulted in the death of a 13-year-old girl has been remanded to seven days in jail.

The Maldives Transport and Contracting Company (MTCC) bus driver, identified as a 54-year-old Maldivian man, was arrested on Tuesday.

A police spokesperson confirmed to Sun the driver was remanded to seven days in jail on Wednesday.

The road accident which took the life of Fathimath Anjum Shafeeq, 13, from K. Thulusdhoo had taken place in front of the bus terminal in suburban Hulhumale’ at approximately 10:40 pm on Tuesday, when the bus hit the motorcycle which Anjum and her mother had been on from the rear.

MTCC’s chief operating officer Hassan Shah told Sun that the driver had been unaware the bus had hit the motorcycle until the police stopped him half-way across the highway.

He said that the bus didn’t have so much as a scratch.

The two bus drivers were fired from MTCC following the accidents.