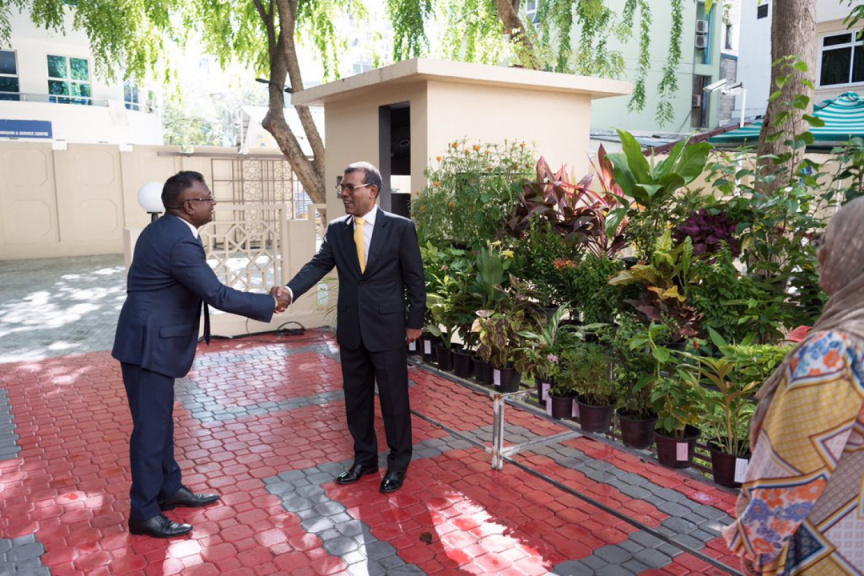 Kaashidhoo MP Abdulla Jabir and Speaker of the Parliament Mohamed Nasheed; MP Jabir donated garden plants on behalf of the residents of Kaashidhoo to the Parliament on November 12, 2019. (Photo/Parliament)

Residents of K. Kaashidhoo has gifted the Parliament with garden plants.

“Kaashidhoo has gifted the Parliament with an adequate number of garden plants. I thank the citizens of all ages from Kaashidhoo for this.” said the Speaker.

The Speaker also noted that Kaashidhoo was an island well known for its agriculture and farming before stating that the country faced shortages in the number of plants and trees needed for resorts and local islands.

It was also noted by the Speaker that the palm trees of the country were deteriorating in health due to diseases and that new trees needed to be planted as part of the efforts to address this.

The trees donated by Kaashidhoo was handed over to the Parliament today.

JSC: More than 200 cases of judges under investigation