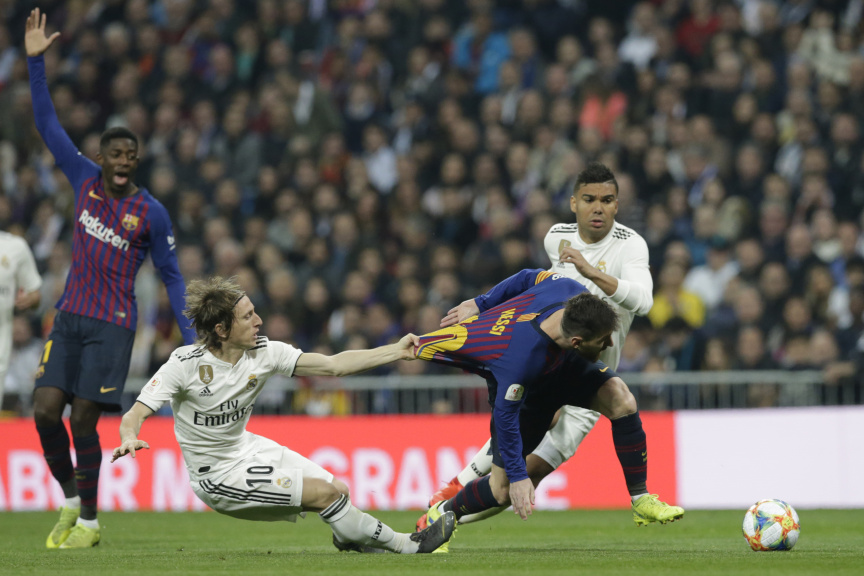 The Spanish Football Federation cited its ambitions to host the 2030 World Cup as a factor in giving Saudi Arabia a three-year deal on Monday — defying recent advice from UEFA’s president for European soccer teams not to play in countries “where the basic rights of women are not respected.”

Spain’s soccer body said its agreement with Saudi counterparts included a guarantee of “access without restrictions” for female fans to the Super Cup games.

Soccer could be an engine to drive social change, the federation said, and help position Spain as a candidate for the 2030 World Cup. Spain and Portugal have talked about teaming up to repeat their joint bid for the 2018 edition, won by Russia.

Spain’s move follows Italy, which played its Super Cup in the kingdom last January. That game went ahead despite protests by Italian politicians and human rights activists who cited the assassination of Washington Post columnist Jamal Khashoggi at the Saudi consulate in Istanbul.

The Spanish Super Cup was previously a one-off match between the Liga and Copa del Rey champions at the start of the season. But the federation has changed it to semifinals and final featuring four teams — the top teams in each competition — in the middle of the season.

Real Madrid will face Copa del Rey holder Valencia in the first semifinal on Jan. 8 at King Abdullah Sports City stadium outside Jeddah, then Liga champion Barcelona plays Atletico Madrid in the second semi the next day at the same venue.

Spain pushed ahead with the plan despite its federation president, Luis Rubiales, being a vice president and member of the executive committee of European soccer body UEFA.

After UEFA’s most recent executive meeting in September, President Aleksander Ceferin used a press conference to call on European teams not to play in, or against teams from, countries where the rights of female fans were an issue. He did not identify Saudi Arabia or Iran by name.

Though Ceferin acknowledged in September that UEFA could not punish European federations and teams who arranged games in those countries “that doesn’t mean we should be quiet and shouldn’t do anything.”