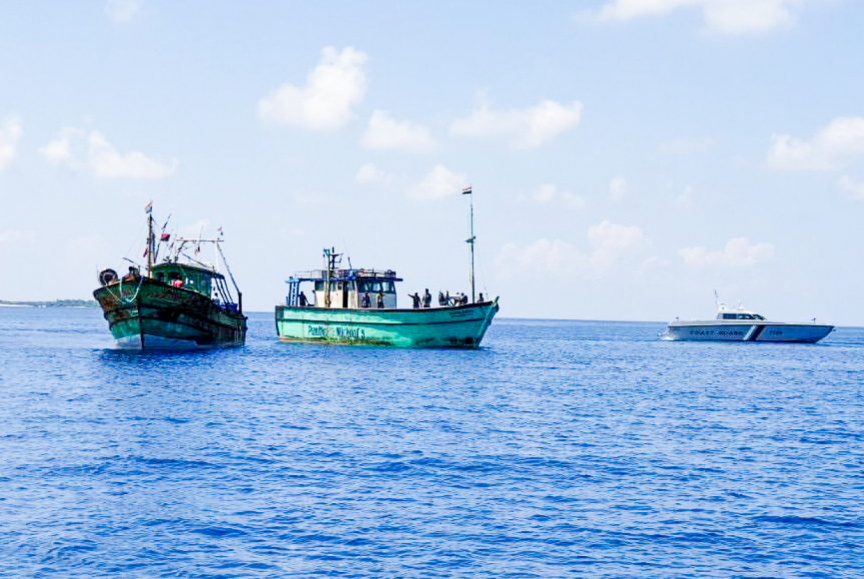 One of the boats had nine crews while the other boat had ten. The boats were the type used for fishing and were discovered 29 nautical miles north of H.A Thuraakunu, according to MNDF media official Ibrahim Azim.

The two boats have now been harbored in H.A Uligam and Azim stated that the affairs of the boats will be resolved in collaboration with the relevant government authorities.