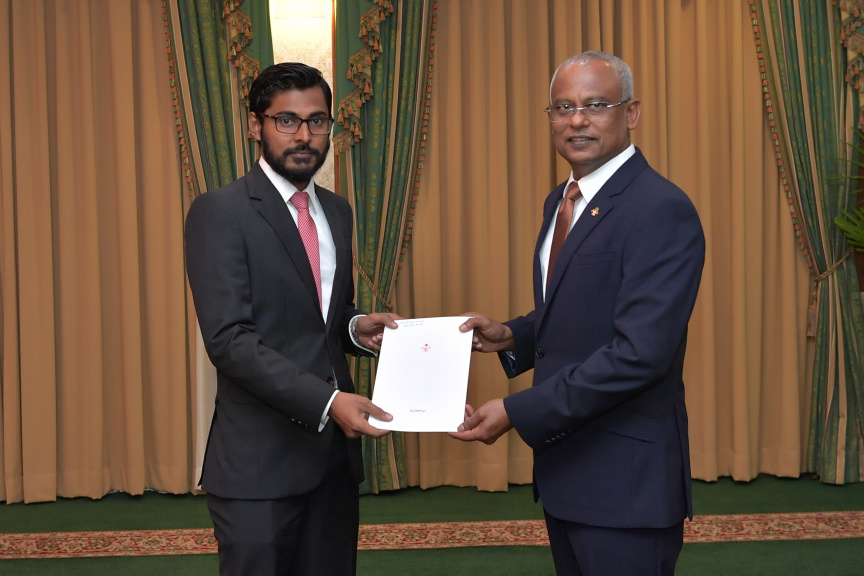 Both Fathuhulla and Asma were presented with their letters of appointment in a function held at the President’s Office this Thursday afternoon.

Fathuhulla and Asma had secured the backing of the Parliament for their appointments on October 28.

He most recently served as Manager – Tax, Risk and Compliance at Dhiraagu, and had also served as the Director-General – Audit and Investigation, and Director General – Revenue Services at Maldives Inland Revenue Authority (MIRA).

Meanwhile, the new Deputy Commissioner General of Taxation, Asma holds a Bachelor of Arts (Hons) in Accounting and Finance from the Oxford Brookes University and a Diploma in Accounting from the Association of Accounting Technicians (AAT {UK}).

She had served as the Director-General – Planning and Development at MIRA prior to her appointment.