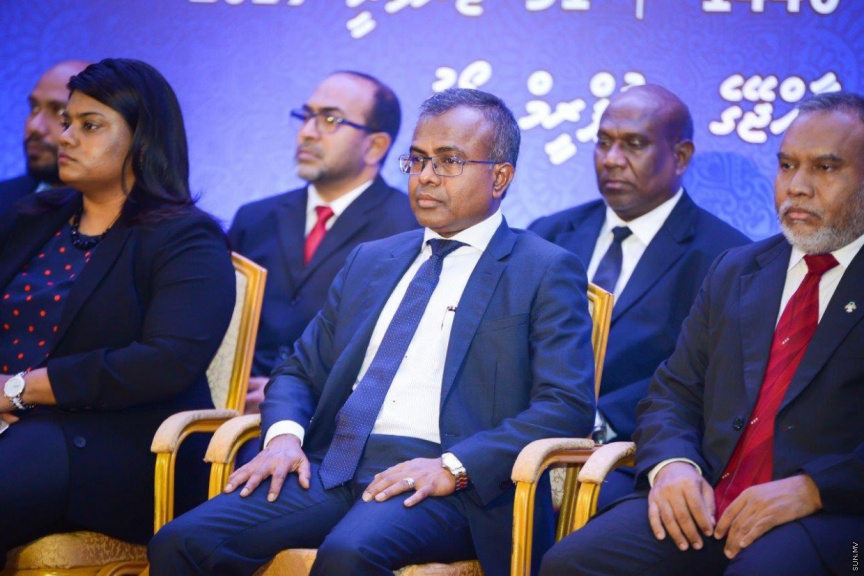 The Chief Justice made the comment at the Maahinhura appeal hearing this Wednesday.

The Prosecutor General’s Office has filed an appeal with the Supreme Court following the High Court’s decision to overturn an eight-year prison sentence issued against former Vice President Ahmed Adeeb Abdul Gafoor by Criminal Court in 2016 for embezzling a USD 5 million bank cheque issued by Kuredu Holdings to Maldives Marketing and Public Relations Corporation (MMPRC) as acquisition cost to develop a resort in Lh. Maabinhura.

The State Prosecutor, during this Wednesday’s hearing, said that the state did not wish to proceed with the appeal because Adeeb had signed a plea bargain confessing to his crimes.

The prosecutor said that that the state also wished to reserve the right to proceed with the appeal if Adeeb rescinded on the plea bargain at any point during ongoing the Criminal Court case against Adeeb.

Following the prosecutor’s comments, the Chief Justice said that the Supreme Court wasn’t a section of the Prosecutor General’s Office, and would not allow for cases to be ‘parked’ as it wished.

He said that abandoning an appeal halfway through proceedings was against due legal process, and gave the Prosecutor General’s Office two days to make its decision regarding the Maabinhura appeal, before adjourning the hearing.

Shiyam: JSC is now just a branch of MDP