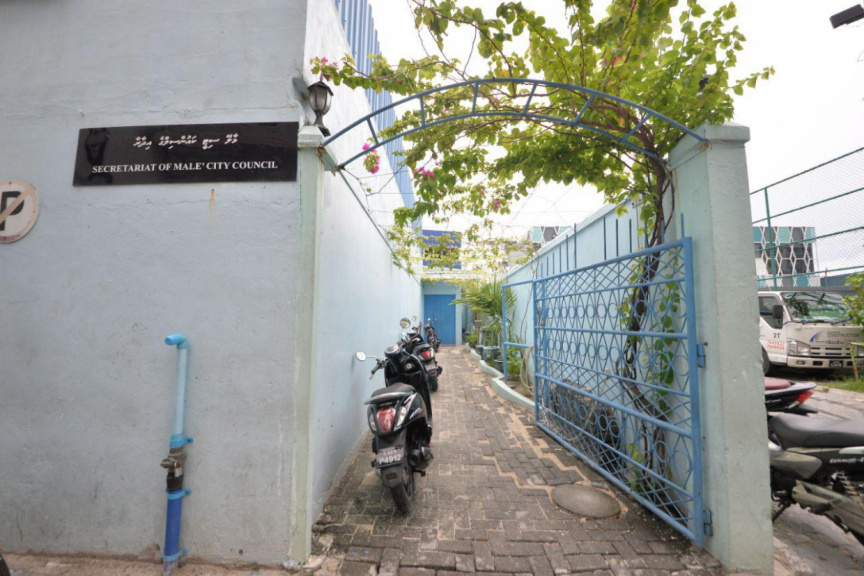 Anti-Corruption Commission (ACC) investigators have entered the Male’ City Council headquarters for a search operation in response to an allegation of corruption filed against the council.

The allegation was filed against Male’ City Council after it was found to have commenced construction work under the project to develop Adi Park without waiting on a final decision by the Bid Committee.

ACC investigators entered the Male’ City Council headquarters this Wednesday morning, and are believed to be searching for the paperwork linked with the project.

The search operation by ACC comes amid allegations by several councilors that Mayor Shifa Mohamed was attempting to tamper with the paperwork.

The project to develop Adi Park – located in Lonuziyaaraihkolhu of Male’ – comprises of construction of a garden bridge, a public toilet stall, an entrance canopy and a life guard tower.

Central Henveyru representative at Male’ City Council, and the Chair of the Bid Committee, Ahmed Niyaz told Sun last Sunday that the project was submitted to the Bid Committee for approval last week, but that the foundation for the structures had already been laid.

“Upon submission to the Bid Committee, we instructed to carry on with the project after approving a budget. However, the Bid Committee definitely has yet to award the project to any party. With this being the case, we are seeing the construction work in progress and near completion,” said Niyaz.

The North Maafannu representative of Male’ City Council, Mohamed Fazeen told Sun that Ameen Construction had already begun construction work when the project was submitted to the Bid Committee to seek contractors.

“Only three quotations were submitted to the Bid Committee for the project valued at MVR 1.9 million. Therefore, three quotations aren’t enough considering the high value. It needs to be carried out following an open bidding process,” said Fazeen.

He said that the two quotations which were priced higher had been created in a similar format.

Stalls in Traveler’s Market with migrants to be seized