Irfan found from onboard rescued boat amid manhunt 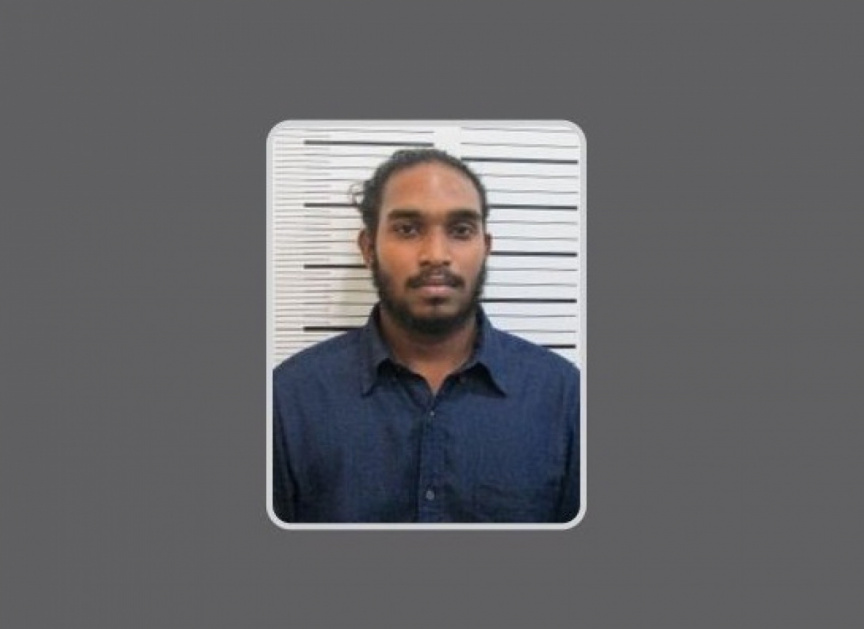 Irfan Rushdee: He is wanted for questioning in connection to a 2016 gang killing. (File Photo/Police)

The police have arrested Irfan Rushdee – a suspected wanted by the Deaths and Disappearances Commission (DDCom) in connection to a 2016 murder – after he was found onboard a speedboat which was rescued by the Coastguard in the early hours of this Saturday.

Irfan Rushdee from M. Kuriruhge in Male’ is wanted by DDCom for questioning in connection to the gang attack which killed Fathir Mohamed Ali, 14, on June 3, 2016.

He was discovered onboard the speedboat Blue Wave which was rescued by the Coastguard from 12 nautical miles off the coast of G. Dh. Kaadedhdhoo when it sent out a distress call after running out of fuel.

According to the police, the speedboat was taken to G. Dh. Thinadhoo after it arose suspicion. The four people onboard the speedboat, including Irfan, were taken to the Thinadhoo Police Station where they were questioned.

All four people - three locals and one expatriate – are in custody of the police.

His arrest comes after over three years on the run.

The DDCom made a public announcement asking for information on Irfan’s whereabouts last Friday.

It found that though Immigration records showed no-entry following his departure from Maldives in 2015, he had been positively identified on CCTV footage of the gang attack in 2016.