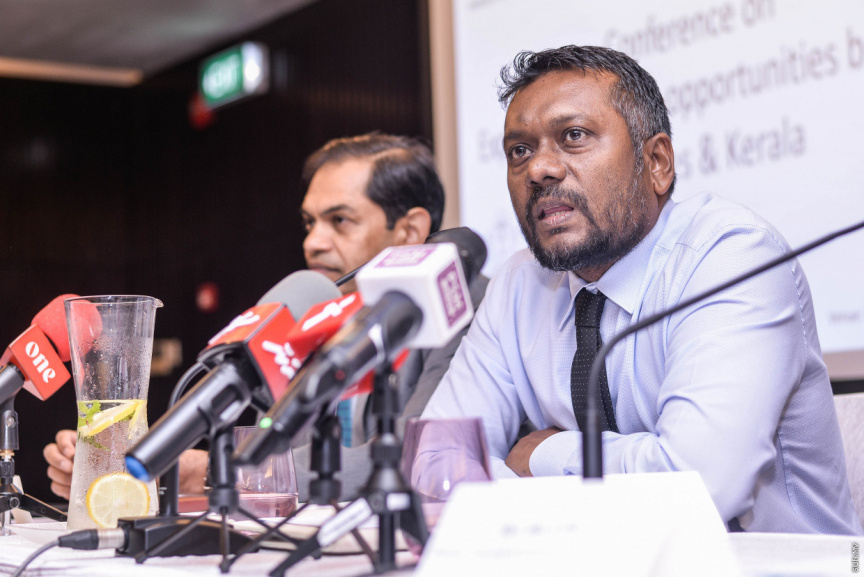 Economic Minister Fayyaz Ismail at the Conference on Exploring Opportunities Between Maldives and Kerela on October 16, 2019. (Sun Photo/Fayaz Moosa)

Economic Minister Fayyaz Ismail has stated that Addu City would not be faced with any problems regarding electricity for the next 15 years once the planned electricity project for the city was complete.

“The electricity issues must be solved for people’s everyday needs in addition to the economic activities of the city. Addu city would not be faced with any such issues once this project is completed successfully,"

"With this development, god willing, Addu city will not face any such issues regarding power for the next 15 years,” said Minister Fayyaz at the signing ceremony of the framework agreement for the project.

Dongfeng Electric International Corporation from China was awarded the project without a bidding process for USD 37.5 million (MVR 578.25) under the Unsolicited Proposal Policy of the government.

Under the policy, Dongfeng International will have the discretion to set a bank for the USD 37.5 million loan for the project. The state will have ten years to pay back this loan with a grace period of two years.

'Economy not strong enough for minimum wage to expats'