Man arrested in India for human trafficking into the Maldives 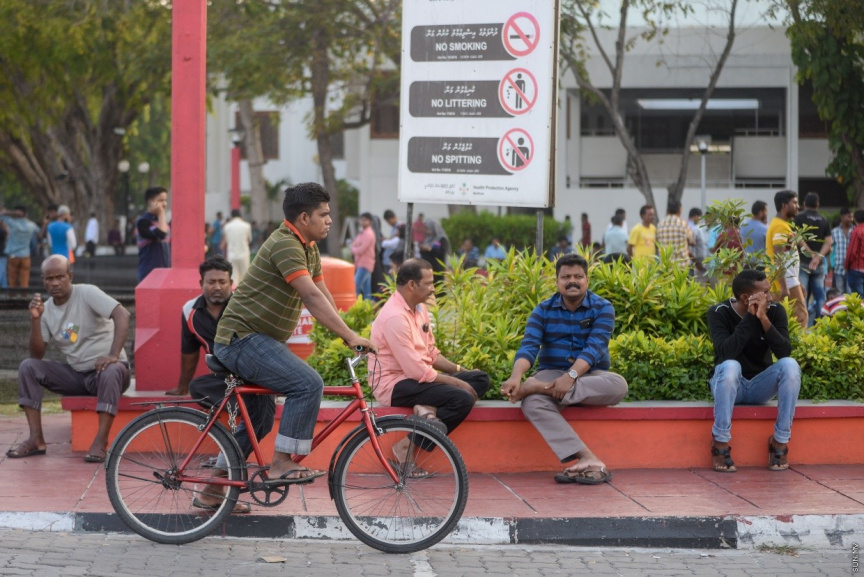 File photo of a group of migrant workers at the Republic Square. (File Photo/Sun/Mohamed Afrah)

A Nepalese man was arrested this Saturday in India for his connections to a network that was trafficking people into the Maldives.

Indian media reported that the man arrested was a 40-year old Nepalese national named Shambhu Babugiri. He was arrested for trying to send nine people into the Maldives with the promise of employment.

His network was uncovered after a group was sent back by Maldivian Immigration back to Bangalore, according to Indian police. The information led Indian police to raid a hotel in Chikkajala of Bangalore and arrest Babugiri.

Indian media quoted authorities as saying that Babugiri had obtained around INR 300,000 (USD 4000) from each individual that he was trafficking to the Maldives on the promise of employment.

It was also reported that Babugiri has contacts in the Maldives who receive the people he sends. These people then withhold the passports of the people who are then forced to work without pay.

Authorities are also investigating and searching for others connected to Babugiri.

Indian singer convicted of trafficking jobseekers to US