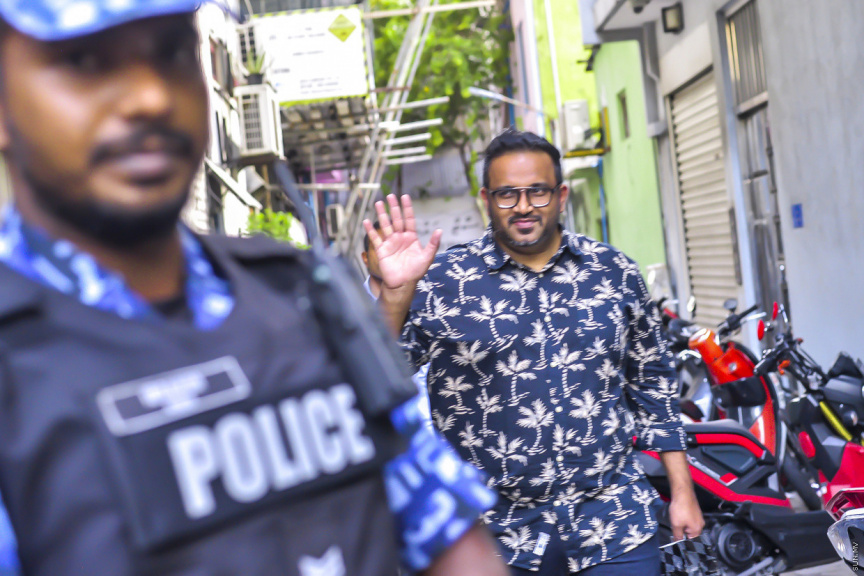 Former Vice President Ahmed Adeeb Abdul Ghafoor has asked the trial for his involvement in the MMPRC scandal to be broadcast live.

Adeeb is facing seven charges in relation to the scandal and is currently awaiting trial for these charges. Adeeb’s lawyer Mahfooz Saeed confirmed to “Sun” that his client had requested for the trial to be broadcast live.

Mahfooz stated that Adeeb wished to carry out this trial in the most transparent manner since it concerned the public.

It should be noted that the money laundering trial of former president Abdulla Yameen is also broadcast live.

Adeeb has already cooperated with the authorities and shared a lot of information regarding the MMPRC scandal including the names of those who benefitted.

The Prosecutor General Aishath Bisham recently revealed that the MMPRC corruption scandal involved Ministers, MPs and even judges among others during a parliamentary committee meeting. Adeeb had previously been charged with misappropriating the acquisition costs received by leasing Lh. Maabinhuraa.

An eight-year sentence was handed down to Adeeb, which was quashed on appeal at the High Court. The case is currently in the Supreme Court after the state once again appealed.

Adeeb is currently under house arrest regarding the case of Lh. Maabinhuraa. He is also serving the three-month sentence handed down to him for his failed escape on a tugboat to India.

1 arrested in India for human trafficking into Maldives