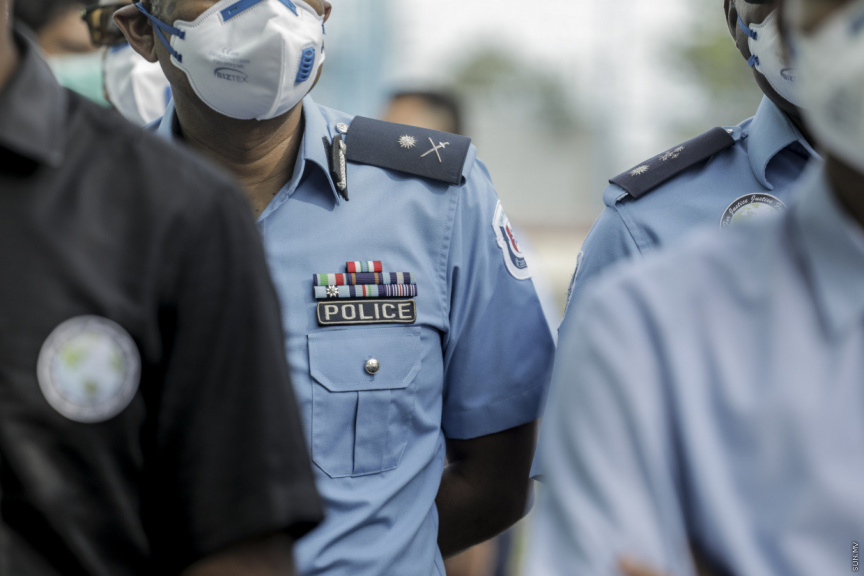 Multiple police officers, including executive-level officers, have been placed under inquiry by the Professional Standards Command of Maldives Police Service for possible involvement in the Maldives Marketing and Public Relations Corporation (MMPRC) embezzlement and money laundering case.

According to a police spokesperson, the Professional Standards Command opened its inquiry on October 13.

The spokesperson declined to disclose the exact number of officers implicated in the case, but said that it included officers of different ranks.

The confirmation of an inquiry into multiple police officers comes at the heels of the dismissal of two officers who were found to have accepted bribes from former Vice President Ahmed Adeeb Abdul Gafoor – one of the main suspects in the MMPRC case.

The MMPRC case involves the sale of over 60 islands at well below the market price. USD 220 million (MVR 3.3 billion) had been collected as acquisition cost for the islands – a large percentage of which never went into MMPRC – but was embezzled and laundered.