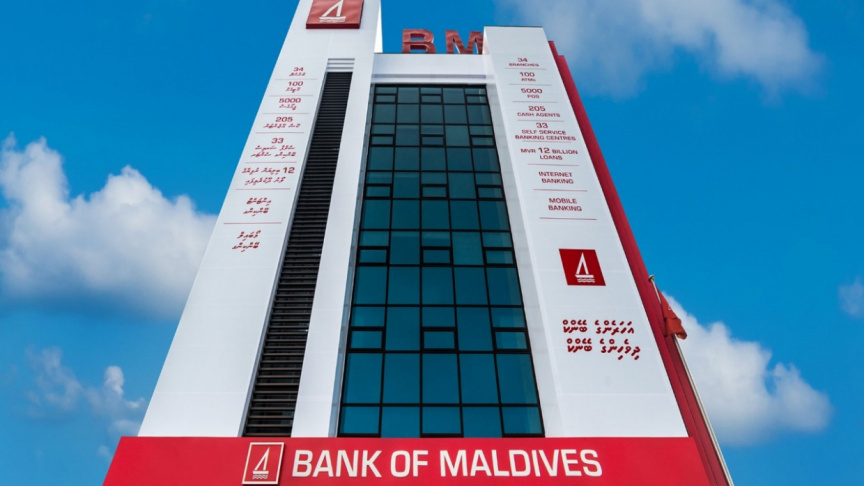 Bank of Maldives (BML) has reported a Profit Before Tax of MVR 307 million for the third quarter of 2019. The figure was divulged by CEO Tim Sawyer at a lunch with media companies where he also reported a year-to-date operating profit of MVR 1.2 billion, up 4% on the same period last year.

Tim stated that solid business performances across all key business segments had helped achieve this figure despite the increased funding cost, investment and provision charges before noting that the capital and liquidity ratios for the period stood well above the regulatory requirements.

The Bank’s financial status was positive according to Tim, who stated that the main focus of the Bank right now was on availing banking services to the whole country, enhance the service standards provided to customers and businesses as well as utilizing technology to modernizing the Bank’s services.

Commenting on the results BML CEO and Managing Director, Tim Sawyer, said, “With our sustained strong financial performance, we are pleased to continue the positive momentum created during the first half of the year,”

“While investment costs and provisions increased, continued demand for our products and services have resulted in solid business volumes across key segments. We look forward to a positive end to the year and I would like to thank our hardworking team for their continued commitment and dedication.”

BML was also working to digitalize its services and provide these services through social media to its customers, provide e-commerce services through payment gateways and introduce online services such as mobile wallets and international money transfers, according to CEO Tim.

“We hope to ease the services provided to customers and broaden the digital service sector,” said Tim.

The third quarter of 2019 also saw BML opening of five new Self Service Banking Centers in Kelaa, Baarah, Alifushi, Thuldhaadhoo, and Maavah as well as the introduction of a USD ATM in Hulhumalé bringing the total number of centers introduced for the year to seven. The Bank also has 277 cash agents as of right now and will be working to widen the cash deposit services provided through its cash agents as well. BML has now established a branch, ATM or cash agent in every inhabited island of the Maldives.

Tim also stated that more than 100 CSR projects have been conducted to aid the community from the profits received by the Bank. During the third quarter alone, over 40 CSR activities were implemented in the areas of education, sports, environment and community development as part of its ‘Aharenge Bank’ program.