Shaheem under inquiry over criticism of domestic affairs of Maldives 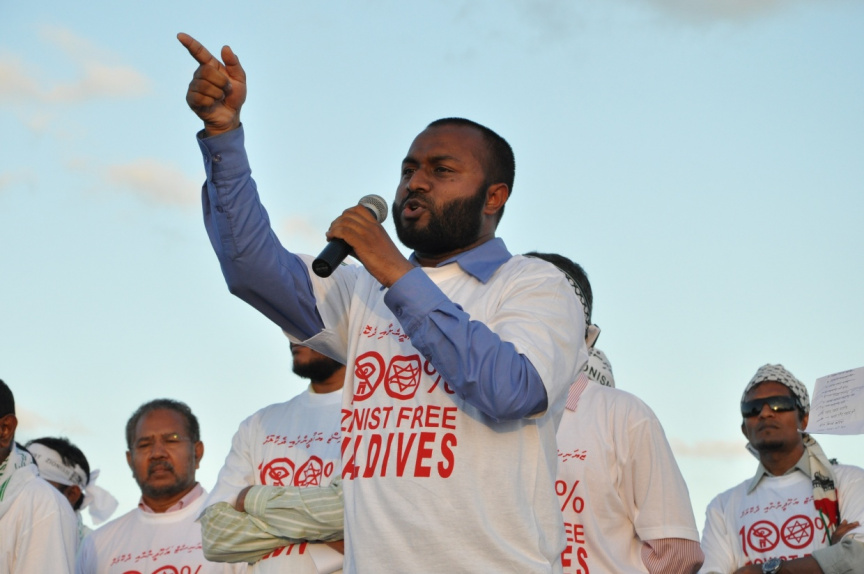 A motion has been filed with the Parliament for an inquiry into criticism by Advisor to the Secretary-General of Islamic Organization of Cooperation (IOC) and former Maldivian Islamic Minister, Dr. Mohamed Shaheem Ali Saeed regarding domestic affairs of Maldives.

The motion was filed by ruling MDP’s parliamentary group leader, Central Henveyru MP Ali Azim who has asked for an inquiry to clarify the capacity in which Dr. Shaheem had been voicing his criticism.

The motion, which Ali Azim filed via letter on August 19, was read by Speaker of Parliament, former Maldivian President Mohamed Nasheed at the parliamentary sitting this Monday morning.

“The honorable parliamentary representative has sent a letter to the Parliament asking to look into whether the criticism of domestic affairs of Maldives is being carried out at the instructions of the Secretary-General of IOC,” said Nasheed, reading out the letter.

The letter has been forwarded to the National Security and Foreign Relations Committee.

According to Nasheed, the issue is under inquiry by the committee, which’s chairperson has promised to present its findings as soon as the inquiry is complete.

Dr. Shaheem, meanwhile, has accused the Parliament of intimidation.

“What’s the purpose of this? Everyone has the right to express their personal opinion no matter what official position they hold. Every Maldivian citizen has a duty to condemn NDN’s report. The Parliament should refrain from intimidating people,” wrote Dr. Shaheem over Twitter.