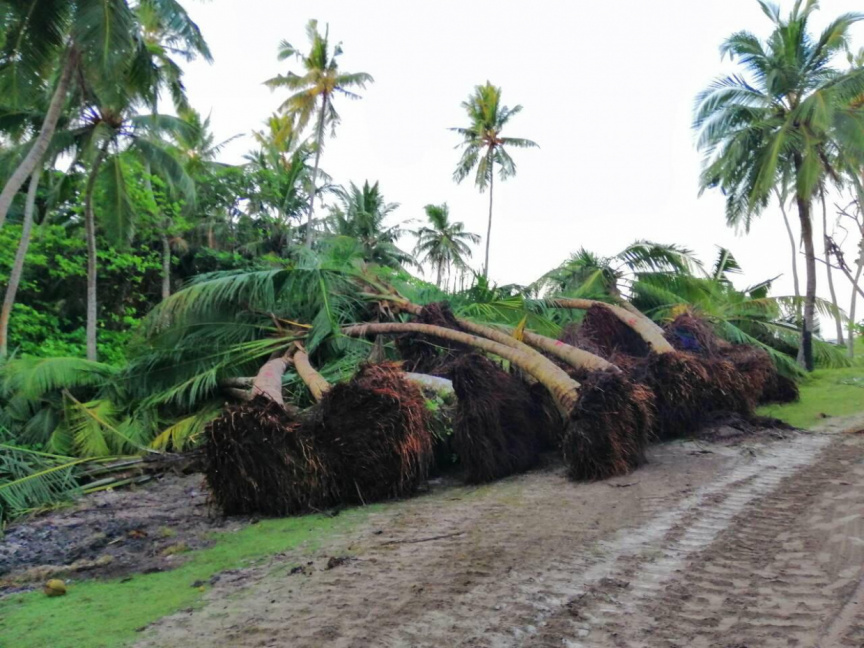 Trees uprooted for relocation in an island in the Maldives.

Environmental Protection Agency (EPA) has announced that over 8,000 trees were planted in place of the trees uprooted from different islands.

The regulation for removing trees for the purpose of enriching the greenery and environment of the different islands formed by reclaiming land, states that two trees must be planted in place of every tree relocated. A permit from the EPA is also needed for the work.

The agency stated that its records showed 2,706 trees were removed from different islands within the country and 8,062 trees were planted to replace these trees. This is an increase when compared with previous years.

The EPA gave permits to relocate trees from 19 islands in the Maldives in 2019. They are:

Trees were planted in five different islands in the country. They are:

EPA also stated that 90 trees in the islands of G.Dh Vaadhoo and Th. Madifushi were relocated to different areas of the same islands.

There have been some concerns recently made by environmentalists that the EPA does not check whether the replanting regulations are followed by those who remove trees from islands. However, these concerns were denied by EPA officials in a news conference held on October 7. The Agency stated at the conference that it carries out its mandated work with the help of Island councils and Police.