MP Siyam: Good virtues are needed for a constructive future 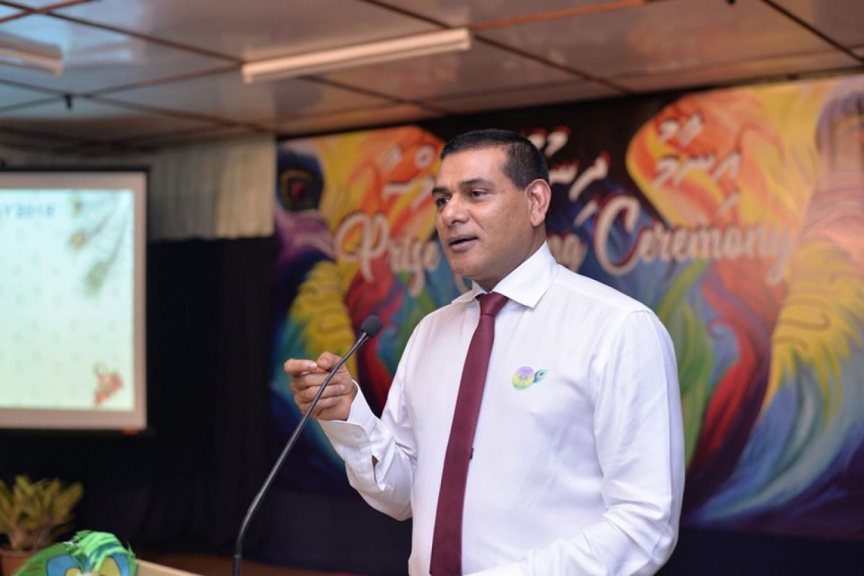 Meedhoo MP Ahmed Siyam has stated that good virtues are needed for a constructive future.

MP Siyam was speaking at the prize-giving ceremony for 2018 of the Dh. Atoll School when he stated that the good virtues and behavior played an important role in the path that the child chooses after school and stated that the child with such qualities in school will maintain them in the work environment as well.

“The person is lost if he is without any virtues. All of their studies are wasted. Every child must keep in mind that they should deliver good results to their parents who work day and night to provide an education for their children.” Said Siyam.

Siyam also stated that he had been informed that crime on the island was increasing when he spoke with the Police and called for parents to be vigilant and mindful of this fact.

He also advised the parents to teach their children good manners and behavior when they are raised.

“All teachers and parents should teach students and children good manners and behavior. If they don’t have these good qualities then they might start committing crimes.”

“An island can be developed only if there are educated and capable people. I can see that from this school. The students who study at this school get high grades and are obedient students.” Said Siyam.

MP Siyam also donated a 3D projector to the school during the ceremony last night and stated that financial aid will be provided for the two highest scorers from the school in their higher education. Two students from Dh. Atoll School were ranked in the national top ten in the 2018 O’levels.

They are Ahmed Rafhaan Faiz and Lubaanaa Ahmed. Rafhaan was also the best all-round student of the school with five A* and three As. He was ranked fourth on the national top ten.

Eight-floor building to be built in CHSE