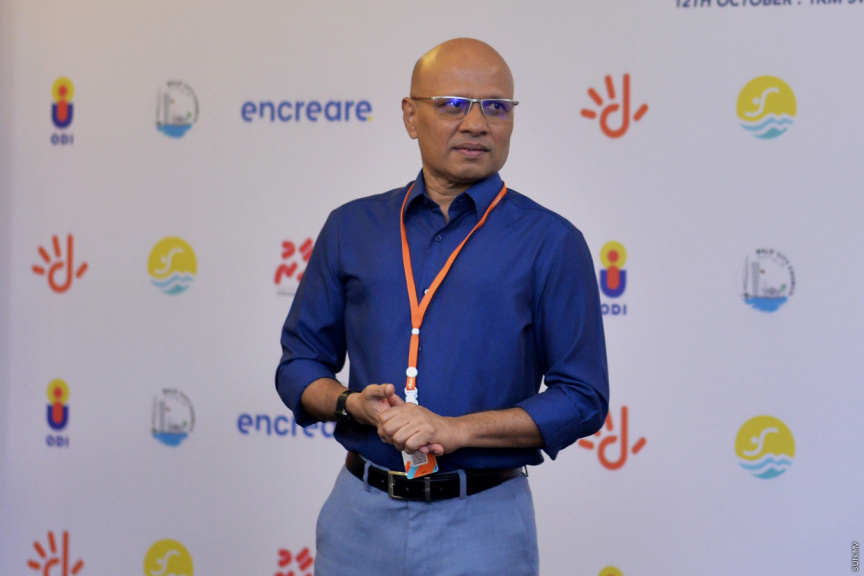 CEO and Managing Director of Dhiraagu Ismail Rasheed has pledged to broaden the Open Water Swimming Competition held in collaboration with Dhiraagu and Swim Maldives to level that is on par with the successful Dhiraagu Road Race.

“When the road race was held 13 years ago, around 150 people participated in the first year. But now we have to limit the number of participants to 4000 in registration. I believe that this event (swimming competition) will turn into a successful event with even more people.” Said Ismail Rasheed.

The competition was held in seven categories with 198 people taking part in the competition. This was seen as a huge success within the short period allocated for registration by the Managing Director.

Ismail Rasheed also stated that it was a responsibility for every Maldivian to learn how to swim since the majority of the country is surrounded by water. This was one of the main reasons why Dhiraagu decided to sponsor the event this year. Youth awareness and empowerment under its CSR initiative was the next reason why Dhiraagu backed the event, according to the MD.