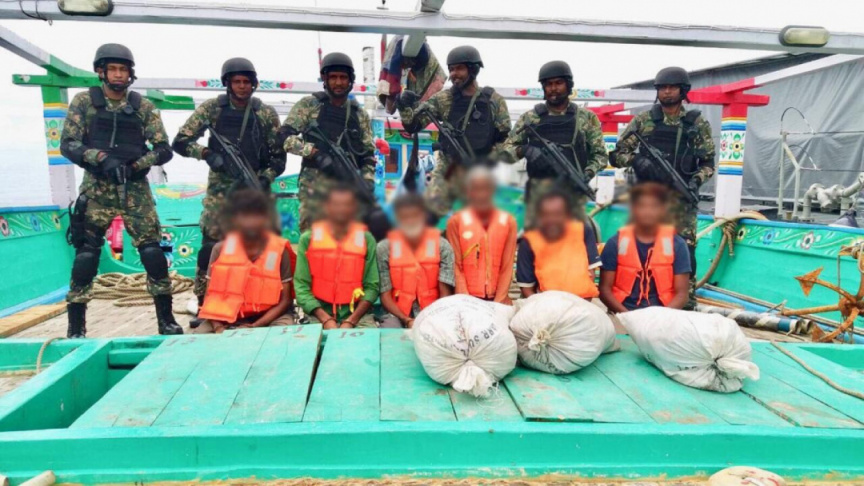 Police have stated that the number of people arrested in connection with the recent massive drug bust of 70 kg has risen to 13.

The drugs were found on a boat around 172 miles away from H.A Thuraakunu in a joint operation by Police and MNDF Coastguard on Sunday. The boat transporting the drugs was a foreign boat and a Maldivian boat that allegedly went to collect the drugs was also seized by the authorities. 10 people were arrested in connection to the drug bust initially, but the number has now risen to 13 after Police arrested a further three people who were part of the trafficking network last night.

The Maldivian boat seized in the operation is named as Hedheykuri-7 and is registered to H. A. Dhiffushi. It was captured with four of its crew; two local citizens and two expatriate workers. The Criminal Court has now issued detention orders for all 13 people arrested in the operation.

The authorities are yet to verify the origin of the foreign boat caught trafficking the drugs, though it was found bearing the Iranian flag. Three sacks containing 70 packets of drugs were found on the boat. The drugs found, weighed around 70 kgs and has an estimated street value of MVR 59.2 million.