Income tax to apply to people who earn above MVR 40,000 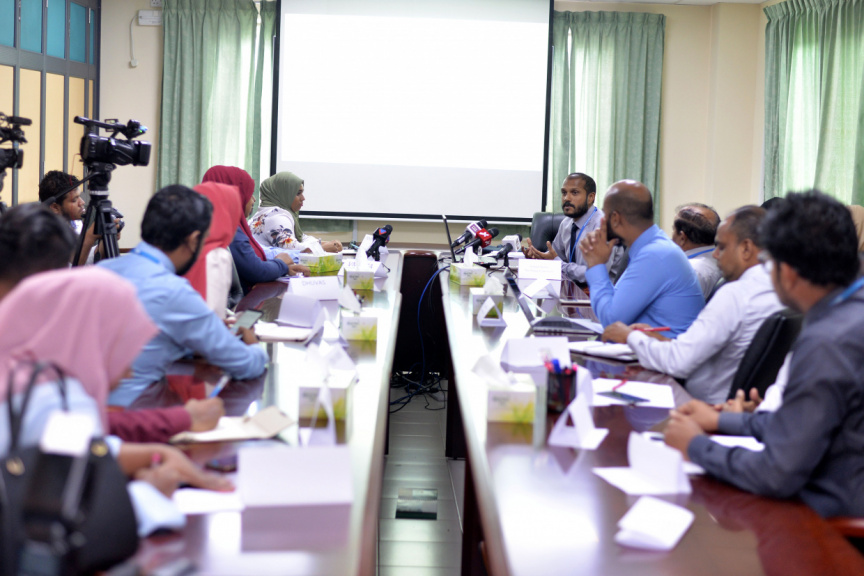 Finance Ministry says that income tax – which the Maldivian administration aims to introduce in 2020 – will apply to those who fall above the MVR 40,000 income bracket.

Speaking during the Finance Ministry Nuvagadi press briefing session this Tuesday, Tax Policy Consultant Arshad Jameel said that as per the Income Tax Bill, income tax on individuals will apply to people who earn above MVR 40,000 per month or above MVR 480,000 per annum.

He said that the Maldivian administration plans on introducing a progressive tax system – meaning the average tax rate will increase as the taxable amount or income increases.

“The income-generating population of Maldives stands at 200,000. Income tax will apply to approximately 6,000 people,” said Arshad.

Arshad stressed that the underlying purpose of introducing income tax is to bridge the income gap, stop unjust enrichment, and refine the national tax system.

He said the income tax will apply to both local citizens as well as expatriate workers.

“This is common international practice. The main purpose of this is to tax the people who generate income from abroad – but don’t pay tax to their host countries,” he explained.

Arshad said that citizens who pay tax for the income they earn from abroad to their host countries will not be taxed again in Maldives.

“Citizenship” in context of income tax is considered permanent residency in Maldives, or 183 days out of a tax year, or employees of state offices established abroad.

The enactment and enforcement of Income Tax Bill will result in render the Business Profit Tax Act and Bank Profit Tax void, and the two taxes will be incorporated into the new legislature.

It will also result in the end of remittance tax, land sales tax and petroleum tax.

The land sales tax will be replaced by capital gain tax will be enforced under the new legislature.

While state pensions are exempt from income tax, income from tax schemes by private companies will be subject to income tax if it falls within the tax bracket.

Finance Ministry reports it will begin enforcement of income tax in 2020 based on salaries, and will begin taxing other income sources gradually.

“Others will need to pay the tax after one year,” said Arshad.