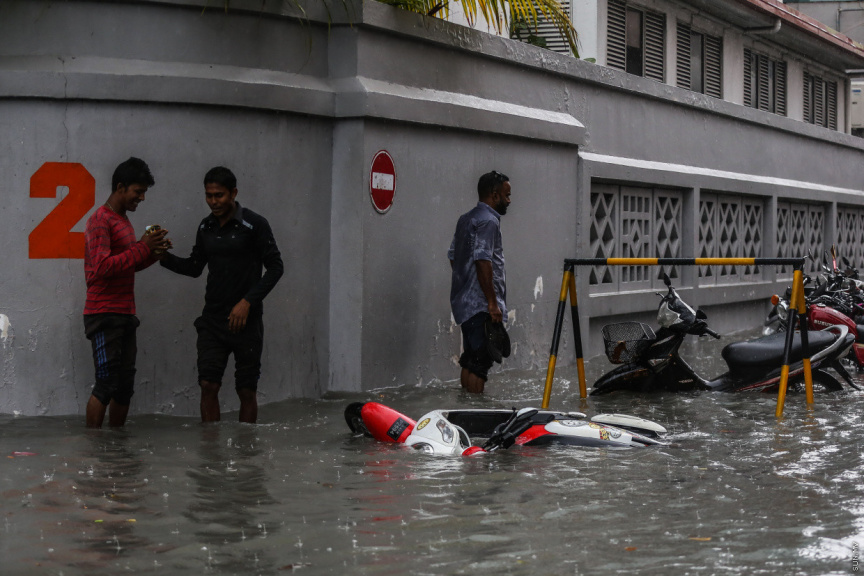 Maldives National Defense Force is currently working on reducing the water levels by pumping the water. MNDF stated that the Male’ running track area and IGMH area was the worst hit from the rains. This a common scene in Male’ city and IGMH, the biggest hospital in the capital is always one of the worst-hit areas in the floods faced by the capital every year.

The flooding has restrained public activity in some areas where people are having a hard time walking or driving. The weather forecast by the Met Office stated that the country will be hit with bad further in the upcoming days as well with heavy showers and thunderstorms expected for some islands.