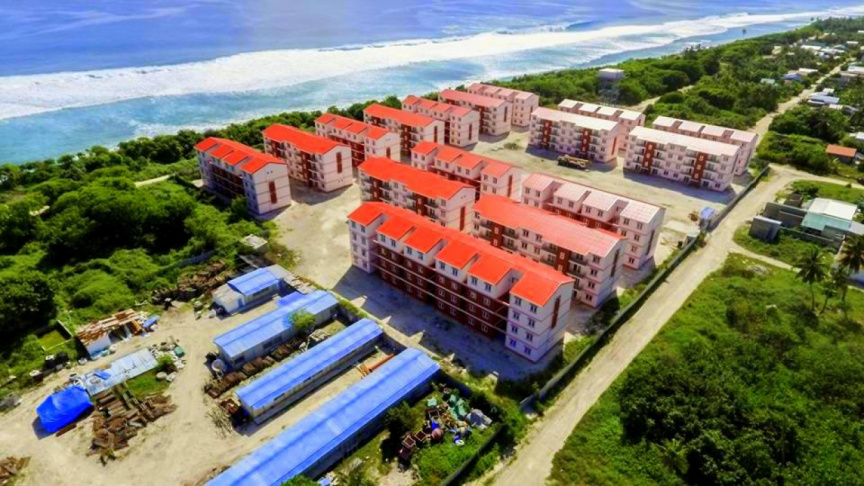 An aerial shot of government housing units in Hulhudhoo: A local male was found beaten up and abandoned at the area on October 5, 2019. (Sun Photo)

A young man has been found collapsed after getting severely beaten in Hulhudhoo, Addu City.

According to the police, the victim - identified as a 35-year-old local male – was found near the housing units in Hulhudhoo at approximately 7 pm on Saturday.

The man had head injuries and signs of sustaining a heavy beating elsewhere on his body.

He is being treated at the Hulhudhoo health center.

Police confirm the case is under investigation, but no arrests have been made, as of yet.