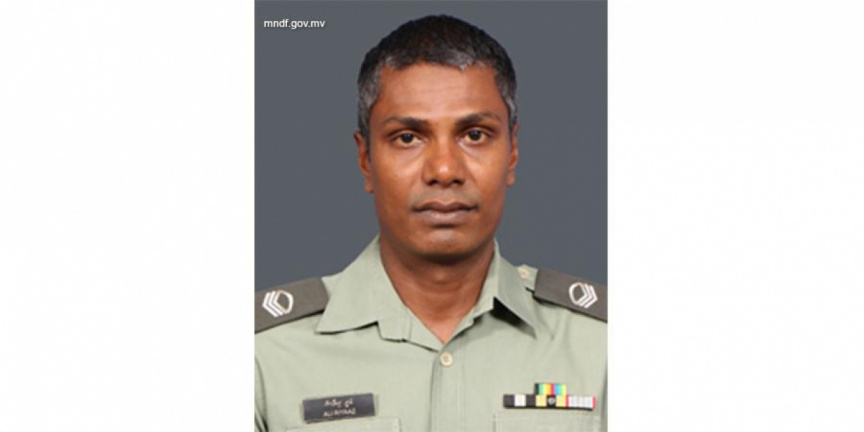 MNDF has confirmed the death of staff sergeant Ali Riyaz who had been undergoing training at the Girifushi Training Center.

MNDF has announced Ali Riyaz – who had been working for the Marine Development Unit (MDU) – passed away this Saturday morning.

According to the agency, Riyaz had undergone the Basic Fitness Test (BFT) in Hulhumale’, and upon return to Girifushi, had complained of severe gastritis.

He had been voicing the complaint to a fellow trainee when he collapsed, and was medically evacuated to Male’ City and admitted to ADK Hospital.

The exact cause of death is unclear at this point.