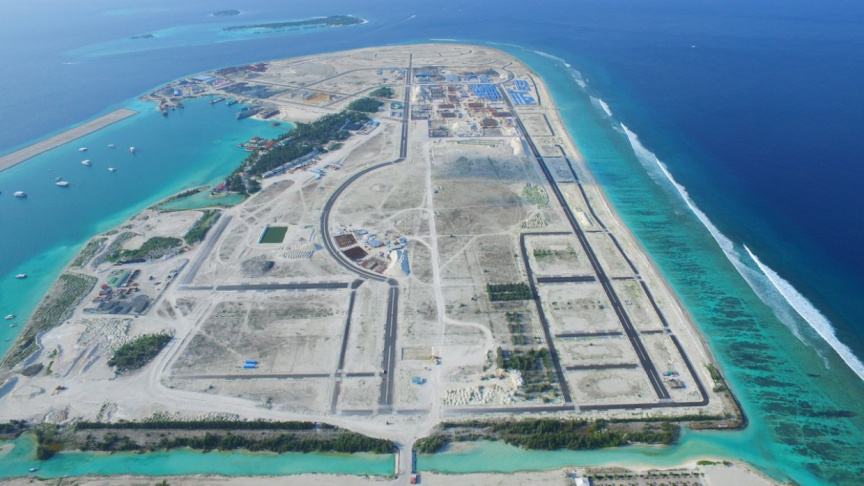 Discussions have been held with the WZR property of Malaysia to construct the 25-floor Finance Ministry headquarters in phase 2 of Hulhumale’.

However, the project was hindered by a legal case submitted by the contractor to the Asian International Arbitration Center. The case centered around a claim by the contractor that payments were not made by the state accordingly and called for payments of the work already carried out to be made by the state. The work amounted up to USD 30 million.

HDC set out a statement regarding the matter yesterday which stated that the cost of the project which was now relocated to phase 2 of Hulhumale’ had risen from USD 122 million to USD 155 million. HDC also cited difficulties in managing the project since it was assigned abruptly. The statement by HDC also read that the funds for the project have still not been arranged.

HDC stated that due to the other options for the project not being feasible, it had decided to hold discussions with the contractor to find alternatives.

“We are trying to save HDC from a loss that we cannot recover from. That includes changing the scope of the project so that it would not result in a loss for the government and HDC. We will also work to find a way to arrange 100 percent of the funds for the project along with financial terms.” Read the statement from HDC.

Maldivian fishermen held off the coast of Minicoy