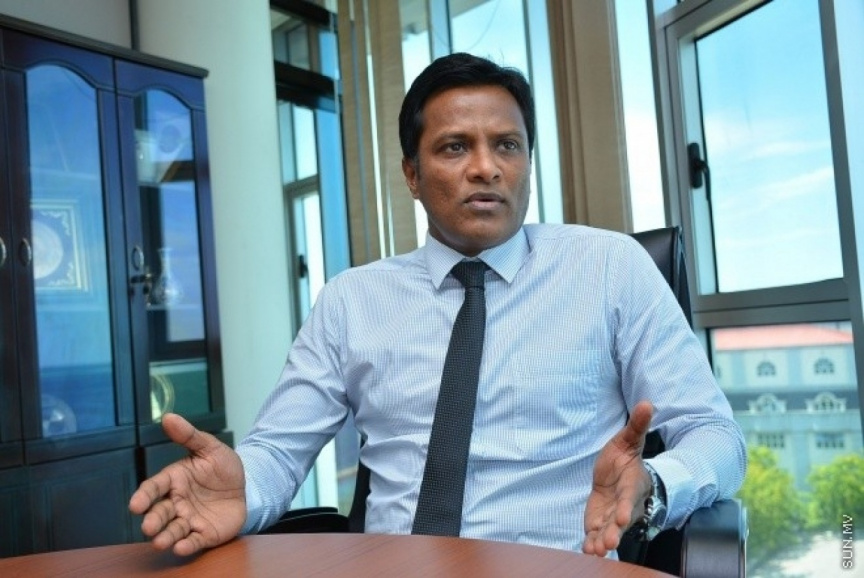 Former Home Minister Umar Naseer; He has called for the creation of laws against irreligious ideologies. (Sun File Photo)

Umar stated in a Facebook post that laws against such ideologies should be created just as laws against extremist ideologies are created. Umar was speaking at a time that a report created by the Maldives Democracy Network in 2016 was accused of anti-Islamic views and propaganda.

“Just as the laws for terrorism were amended to respond to extremism, laws against irreligious ideologies must also be created.” Said Umar. He also stated that there was no justice if people fighting in the name of their religion on another land were jailed and people who were fighting a psychological war against the religion in their homeland were not given the same punishment.

The report that has sparked a huge public debate has been reported to the Police by Islamic Ministry, however, there is no confirmation yet that Police will be investigating the matter. The Government has also brought sweeping changes against religious extremism recently in the form of amendments to the Anti-Terrorism law.

''Serious action for dumping waste into the sea''