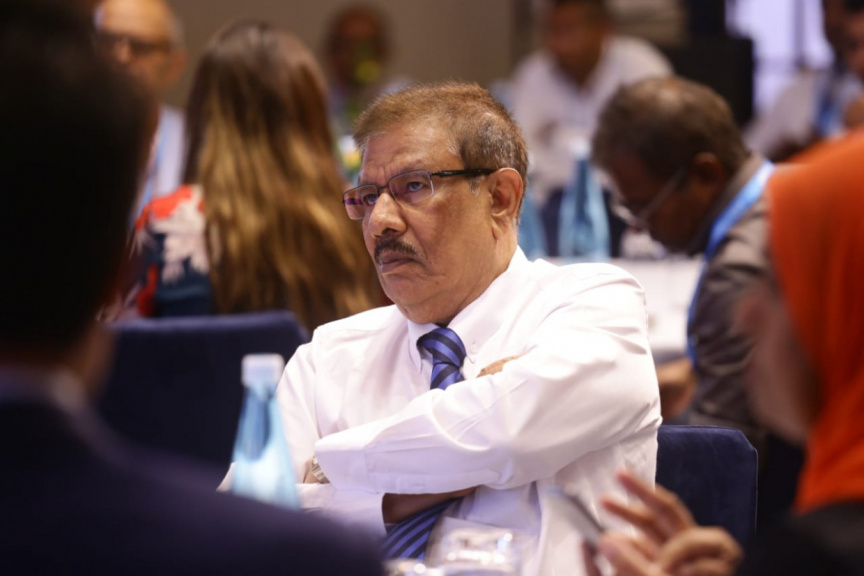 Chairman of Maldives Association of Tourism Industry (MATI) Mohamed Umaru Manik (MU Manik) has warned that the Maldivian tourism industry's development will be affected negatively if the problems and dangers faced by the world today are not dealt with accordingly and jointly by everyone.

Manik was speaking at the Tourism Conference held by the Tourism Ministry in commemoration of World Tourism Day when he stated that due to the industry that started in a very average manner has seen the country transform into a world-class destination.

The owner of Universal Enterprises which runs several resorts in the country, Manik stated that the negative effects of the challenges faced by the world today are also affecting the tourism industry.

"The world is facing problems that can affect the future of the industry. If all the stakeholders do not cooperate to deal with the challenges such as climate change, pollution, terrorism, and others, the industry might be affected very badly,

"Not just Maldives, the tourism industry if the whole world is also very delicate," said Manik.

Manik also stated that while there were opportunities in the industry, there was a lot more that could be done such as building hotel schools in the country and internship exchange programs for students. He also noted that the education sector was developing but things still need to be modernized at the speed that the world was evolving at.

The Conference is held in Emboodhoo Finolhu also consists of panel discussions related to the industry. This is the last activity by the Tourism Ministry on the occasion of World Tourism Day and was one of several colorful activities held by the Ministry. The Conference is being participated by several stakeholders of the industry.