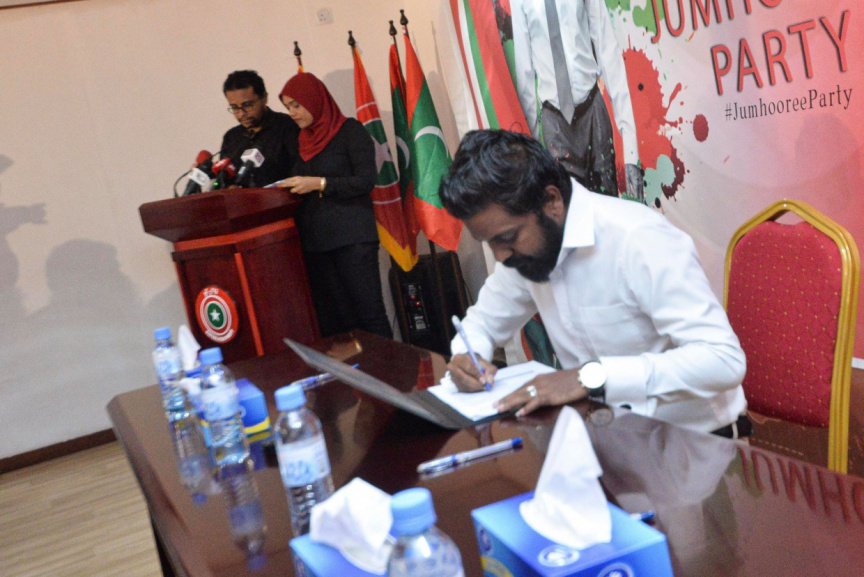 JP has recently launched a campaign to boost its ranks.

Yameen Rasheed, as well as former vice president of Maldives Broadcasting Commission, Ismail Sofwan signed with JP during a function held at the party headquarters in M. Kunooz last Tuesday.

Yameen Rasheed had begun his political career as a member of Maldives Democratic Party (MDP) and had been elected to the Parliament as one of MDP’s candidates. He had been serving as a MDP lawmaker when he defected to then-ruling party Progressive Party of Maldives (PPM).

Speaking at Tuesday’s function, Yameen Rasheed said he had always found Qasim Ibrahim – the leader of JP – to be an exemplary role model and had always wanted to work together with him in politics.

Praising Qasim Ibrahim further, Yameen Rasheed described him as someone who had never done unjust to another and had always spoke the truth.

“I am joining this party to engage in politics head-on,” said Yameen Rasheed.

He said it was his mission to make JP the number one political party in Maldives.