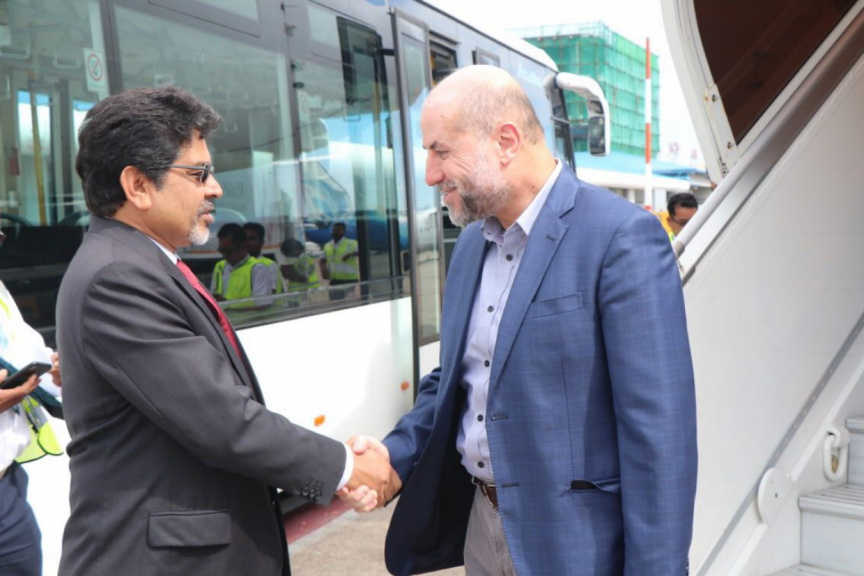 An envoy carrying a signed letter from the Palestinian President Mahmoud Abbas addressed to the Maldivian President Ibrahim Mohamed Solih has arrived in the Maldives.

President Solih had harshly criticized the Israeli actions in the Middle East and stated that Maldives would always remain with Palestinians at the United Nations 74th General Assembly held recently in New York, USA.

The President also stated while addressing the assembly that the Maldives believed that the conflict of Palestine and Israel can only be solved by creating two separate states and called for dialogue between Israel and Arab nations, before calling on the UN and its members to work for this.