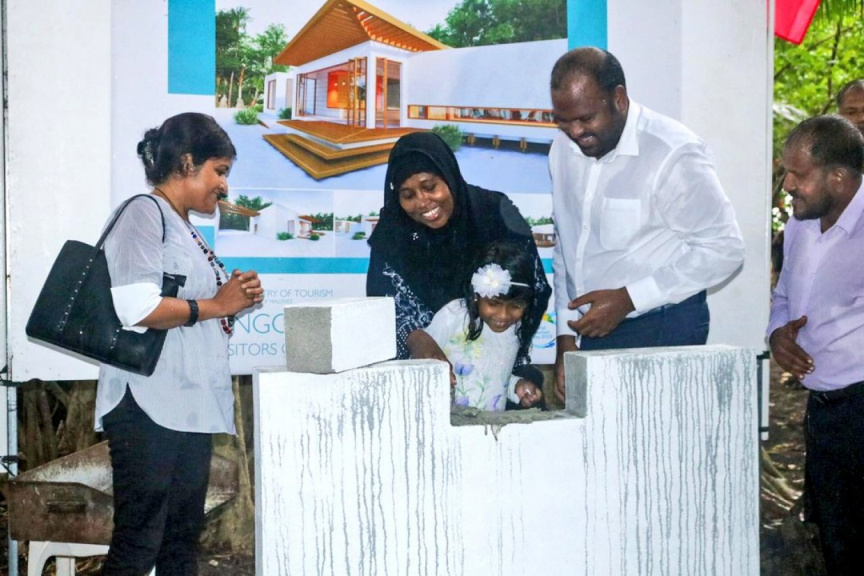 The Foundation stone has been laid for the Tourism Visitor Center being built in R. Angolhitheemu.

The stone was laid at a special ceremony held on the island yesterday by Shehenaaz Abdul Raheem the widow of G. Keemaa Abdulla Rasheed, who passed away while in jail over the 2015 May Day protest.

The Angolhitheemu Tourism Center foundation was laid as part of the celebrations of World Tourism Day.