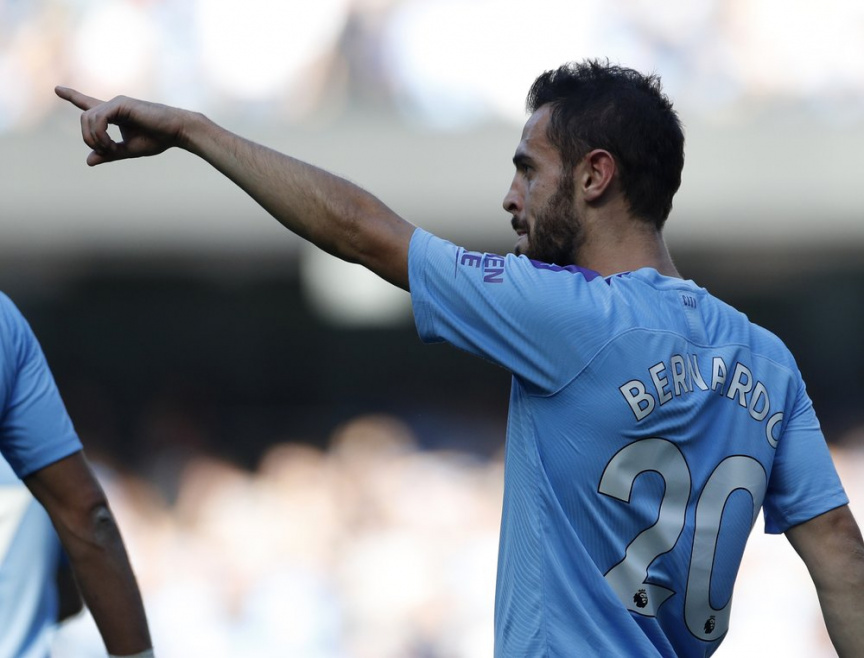 MANCHESTER, England (AP) — Manchester City midfielder Bernardo Silva has written a letter to the English Football Association, expressing regret for any unintentional offense caused by a tweet he posted which compared teammate Benjamin Mendy to the character on a packet of Conguitos chocolates.

Mendy issued a supporting statement with the letter Silva sent to the FA on Thursday, saying he did not take offense.

The FA has already written to City requesting the club’s observations about the tweet, which was posted on Sunday and has since been deleted. Silva posted a follow-up tweet, saying: “Can’t even joke with a friend these days... You guys...”

Anti-discriminatory body Kick It Out has called on the FA to take action, referring to the contents of the post as a racist stereotype.

Both Mendy and the character on the packet of chocolates are black. Conguitos are chocolate-covered nuts made in Spain.

City manager Pep Guardiola has strongly defended Silva on two occasions this week, saying Friday that it was a “simple joke” between Silva and Mendy, who are close friends and also played together at Monaco, and that people would be “completely wrong” to think the tweet had any racist undertones.

“If someone is affected or feels bad for that tweet or any comment, it can happen,” Guardiola said at a pre-match news conference that was dominated by questions about Silva. “But again I say to the people, the people who judge Bernardo don’t know him.

“Bernardo is an exceptional person, exceptional. He likes to be involved in different situations. Like I said, make a focus on other (racism) issues, not on Bernardo. Bernardo is absolutely not guilty because his intention was just a joke. It’s a cartoon and related to the face, it’s quite similar. Probably the same happened a thousand million times with white people, it’s the same. It’s a joke.”

On the relationship between Mendy and Silva, Guardiola said: “Benjamin is like a brother and Bernardo to Benji is like the same, so that is what I see every single day in the training session.”

Guardiola added that “maybe Bernardo is going to take a lesson and it is not going to happen again.”

Both Mendy and Silva have played since the tweet in question was posted, in a 3-0 win over Preston in the English League Cup on Tuesday.